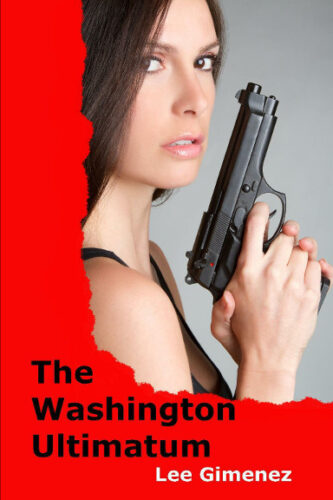 The novel “The Washington Ultimatum” by Lee Gimenez was published for the first time in 2013. It’s part of the J.T. Ryan series.

When a dirty bomb explodes in Honolulu, Hawaii, causing thousands of deaths, the FBI’s top priority is finding the perpetrators. FBI Assistant Director Erin Welch hires J.T. Ryan, a private investigator with a past in Special Forces who has experience in dealing with criminals of all kinds and can operate unofficially anywhere.

Angel Stone is an ex-CIA agent with a grudge against her government. Forcing them to give her a lot of money would make a handsome payback, so she worked with other people interested in striking at the USA or just in good money to build dirty bombs. After the Honolulu attack, she demands a one billion dollar payment to stop her attacks. Can J.T. Ryan find her and her accomplices and stop them in time? 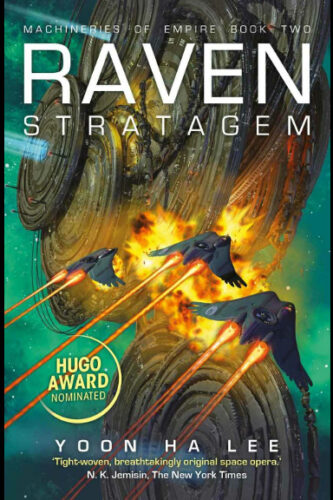 The novel “Raven Stratagem” by Yoon Ha Lee was published for the first time in 2017. It’s the second book in The Machineries of Empire series and follows “Ninefox Gambit”.

General Shuos Jedao was revived to fight a rebellion but managed to take over Captain Kel Cheris’s body. The fleet commanded by General Kel Khiruev is supposed to prevent Jedao from escaping and doing more damage but the conditioning towards superior officers is so strong that Khiruev and almost all of her subordinates end up declaring their loyalty to Jedao.

Lieutenant Colonel Kel Brezan is among the very few who resist the conditioning exploited by Jedao but he can only hope to alert the Exarchate. The situation is made more serious by an attack by Hafn enemies against the Exarchate. Jedao declares he wants to fight the Hafn but what are his ultimate goals? The exarchs must agree on the strategy to set up to face the different threats. The novel “Beautiful Chaos” by Gary Russell was published for the first time in 2008.

The Tenth Doctor brings Donna Noble back to her home to allow her to spend time with her family on the anniversary of her father’s death. The atmosphere Donna finds is darker than she expected, mostly because of her mother. Her grandfather has a special friend who suffers from Alzheimer’s but he’s the one who offers some light by announcing that he discovered a new star who will be named after him.

Wilf invites the Doctor to the ceremony where the new star’s name will be officially announced but some oddities worry the Doctor. A decidedly out-of-the-ordinary star can only bring trouble, and what’s the goal of people who, in various parts of the world, are working for a mysterious force? 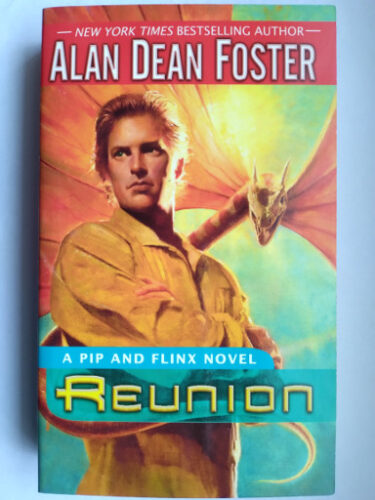 The novel “Reunion” by Alan Dean Foster was published for the first time in 2001. It’s part of the Pip and Flinx series.

Flinx has come to Earth to find information about Meliorare, the corporation that conducted secret and illegal genetic experiments that also led to his birth. The information is stored in a well-guarded facility, and Flinx befriends one of the guards, influencing her using his mental powers.

Breaking into the facility is only the first stage of Flinx’s plan, and he must enter the computer system without setting off any alarms. To do this, he has to handle an artificial intelligence to which he has to ask the right questions. When he finally thinks he’s got the information he’s been looking for, Flinx sees it disappear before his eyes. He manages to trace the intervention in someone who’s hiding behind a company on a spaceship that is en route to the planet Pyrassis, within the Aann empire. 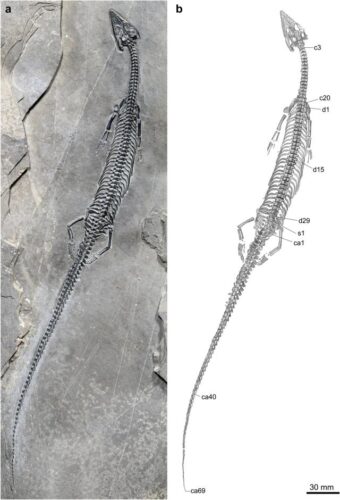 An article published in the journal “Scientific Reports” describes the identification of a new species of marine reptile with an exceptionally long tail that lived about 244 million years ago, in the Middle Triassic period, in today’s China. A team of researchers named it Honghesaurus longicaudalis after examining a complete skeleton discovered in the Guanling Formation in China’s Yunnan province. This reptile is part of the now-extinct group of pachypleurosaurs and was quite large among them, with a long trunk and tail that probably gave it swimming maneuverability and efficiency.