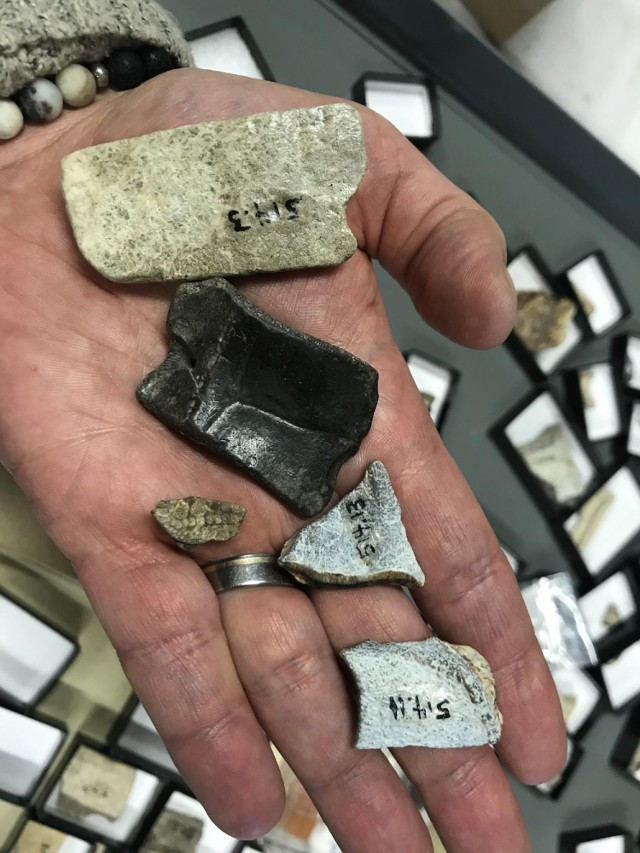 An article published in the journal “American Museum Novitates” reports the description of first traces of vertebrate fossils probably dating back to 8-9 million years ago, in the Neogene period, which include rhinos. A team of researchers led by Jaelyn Eberle of the Natural History Museum of the University of Colorado at Boulder subjected the fossils to sophisticated tests such as the electron microscope to examine their characteristics and identify if not the species at least the family they belong to. This made it possible to establish that these were, for example, fragments of turtle and tortoise shell and rhino teeth.

In 1973, schoolteacher Joan Hodgins and her students discovered various fossils near Whitehorse, in the Yukon territory, Canada. These were various fragments, too small and shabby for paleontologists to examine them, but decades later it’s been possible to use modern technologies to have at least an approximate attribution. Jaelyn Eberle is a vertebrate fossil curator at the Natural History Museum of the University of Colorado at Boulder who, together with other researchers, examined these fossils, the first discovered in that area of vertebrates probably dating from the Neogene period, between 2.58 and 23 million years old does around.

In Yukon large amounts of fossils dating back to the Quaternary, the period after the Neogene, have been found, but it’s the first time that evidence has been found of the presence of older mammals due to the rarity of fossils of those eras. That’s despite the fact that in the Neogene and in the previous period, the Paleogene, today’s Russia and today’s Alaska were connected by an emerged land, with the consequence that paleontologists believe that many species of mammals lived in those areas. Unfortunately the geological and environmental characteristics don’t allow a good fossilization therefore finding fragments of teeth and bones from those periods is already a great result.

The fossils discovered in 1973 were finally examined with technologies that allowed to examine their characteristics in detail. Mammal teeth have characteristics of enamel and others that are typical of different groups, in this case of rhinos. They’re not enough to identify a species but it’s a step forward. According to Jaelyn Eberle, it probably had a size similar to the black rhinoceros and fed on leaves. It was probably a species that didn’t have a horn on its snout.

After being in the Yukon museum collection for many years, these fossils were finally examined with at least an approximate attribution. It’s a fairly common story in recent times in the paleontology field thanks to technologies that today make it possible to obtain a lot of information from fossils that in the past seemed useless. 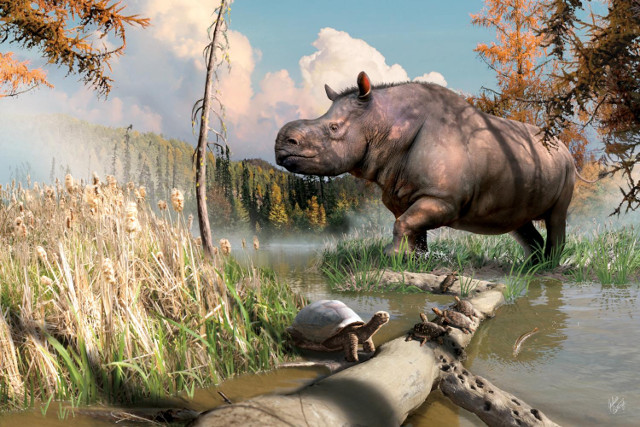