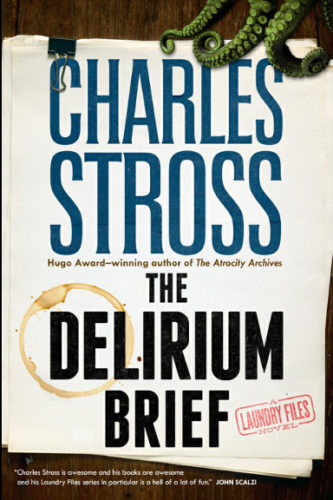 The novel “The Delirium Brief” by Charles Stross was published for the first time in 2017. It’s part of the Laundry series and follows “The Nightmare Stacks”.

The Laundry came out considerably weakened from the sequence of crisis in which it was involved and the invasion attempt from another dimension made its existence public. On a political level, this turned the agency into a scapegoat for all the recent dramatic events that couldn’t be covered up.

The British government plans to shut down the Laundry but the need for an agency capable of handling threats and events linked to magic is now clear. The alleged greater efficiency of specialized companies makes the idea of ​​contracting such services attractive but the only real candidate represents the main threat to the Kingdom. That forces the surviving Laundry senior members to adopt emergency measures, even extreme ones.