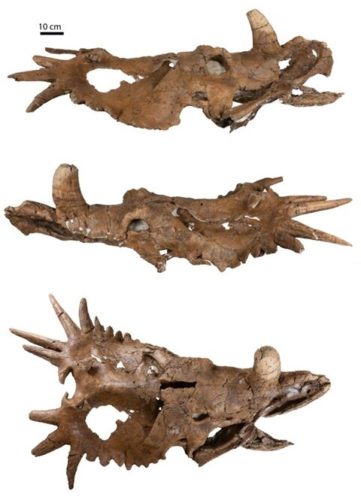 An article published in the journal “Cretaceous Research” reports a study of a fossil skull of Styracosaurus albertensis, a herbivorous dinosaur that lived in today’s North America about 75 million years ago, in the Cretaceous period. A team of researchers led by Professor Robert Holmes of the University of Alberta, Canada, examined this well-preserved fossil noting that its horns were asymmetrical. Previously, no skull attributed to the genus Styracosaurus was complete enough to see that asymmetry. This discovery could lead to various reclassifications of fossils that over time were attributed to other species of the genus Styracosaurus and later even to other genera.