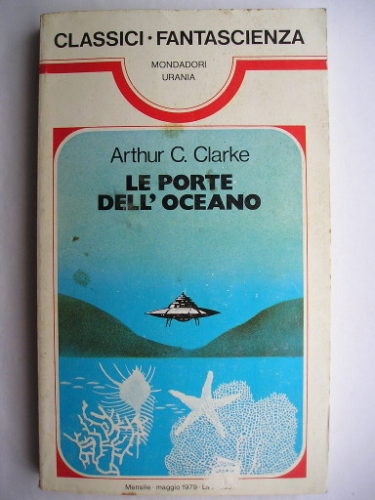 The novel “People of The Sea”, also known as “Dolphin Island: A Story of the People of the Sea”, by Arthur C. Clarke was published for the first time in 1963.

Johnny Clinton is a boy who lives with his aunt and cousins because his parents are dead but doesn’t get along with them. When he sees a transport ship stop because of some damaga, he sneaks aboard to travel as a stowaway taking advantage of the fact that it’s semi-automated with only a skeleton crew on board. His journey doesn’t last long because a more serious damage causes it to sink off the coast of Australia.

Forced to try to survive on a piece of debris he uses as a makeshift raft, Johnny is saved by some passing dolphins, who push him to an island. Rescued by the inhabitants, he meets Professor Kazan, a scientist who is studying cetaceans and in particular dolphins and their language in a research that soon involves Johnny as well. An article published in the journal “Nature Communications” reports the verification of the consistency of two datasets containing information on the application of a CRISPR-Cas9 system to obtain genetic modifications of cancer cells within research on their genetic alterations. A team of researchers from the Wellcome Sanger Institute and the Broad Institute of MIT and Harvard compared the consistency of the two datasets, independently verifying the methodology and findings and validating 725 cancer models covering 25 different types of cancer. This is very useful information to understand the importance of the various genes in the survival of cancer cells and to create targeted treatments in a strategic collaboration called Cancer Dependency Map (Cancer DepMap). An article published in the journal “Nature” reports a research on the last known population of Homo erectus. A team of researchers carried out a new series of dating of fossil fragments and sediments present in the Ngandong site, on the island of Java, where the specimens attributed to that species were discovered concluding that that population lived between 108,000 and 117,000 years ago. Previous dating provided very variable results, a precise result can help understand the history of little men in Southeast Asia. That population could actually be the result of an interbreeding between Homo sapiens and another species of hominins, explaining some of its peculiar characteristics. 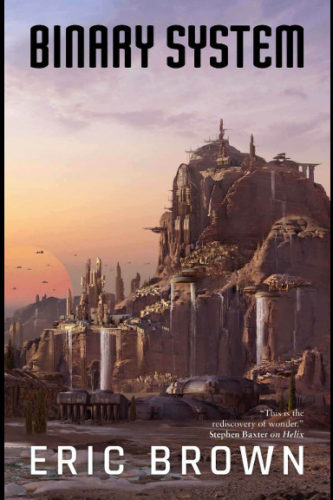 The novel “Binary System” by Eric Brown was published for the first time in 2017. It’s the fix-up of two previously published novellas.

Cordelia “Delia” Kemp is part of the crew of the starship “The Pride of Amsterdam” when a catastrophic failure causes its destruction. Delia is lucky to to reach a shuttle but it’s thrown into the wormhole formed to bring the starship to its destination. Instead, the failure opened it to an unknown destination, which turns out to be about 10,000 light years from Earth.

In the area of ​​space where Delia ended up there’s a planet that is barely habitable but when it reaches its orbit, her shuttle is shot down. Delia discovers that the planet, called Valinda, is inhabited by a hostile species that conquered it long before. The sentient natives are used as slaves and, when Delia’s neural implant allows her to communicate with them, she manages to escape. Understanding the planet’s recent history is crucial for her future.