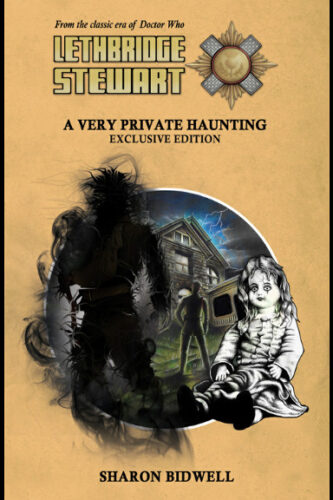 The novel “A Very Private Haunting” by Sharon Bidwell was published for the first time in 2018.

Arthur Penrose has returned to the village of Glencross many years after leaving it following his grandfather’s death. He’s now the last of his family and the heir to the mansion inhabited for various Penrose generations. Arthur doesn’t intend to live there, also because the chills he feels are not only due to the cold but also to strange events. In the village, he’s seen as a foreigner, a situation that adds to the strange atmosphere that troubles some local teenagers who are prevented from leaving. Arthur ends up calling his father’s old colleague in the army, Alistair Lethbridge-Stewart.

The search for a strange creature seems to have taken Alistair Lethbridge-Stewart’s last energies, and it’s time for him to take a vacation. That’s a situation he struggles to deal with and Arthur Penrose’s call seems like the right opportunity to go somewhere else for a while without falling into boredom. When Anne Travers finds out about his plans, she says she’s interested in participating in that investigation. 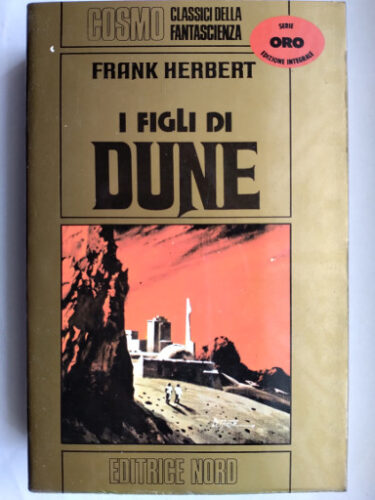 The novel “Children of Dune” by Frank Herbert was published for the first time in 1976 serialized in the magazine “Analog Science Fiction and Fact” and then as a book. It’s the third book in the Dune saga and follows “Dune Messiah”.

Nine years after Paul Muad’dib went to the desert, his children Leto and Ghanima are decidedly out of the ordinary because they have their father’s powers. Alia is the regent but has become an Abomination and her plans for the future intersect with those of Wensicia Corrino and her son Farad’n, the heir of the House.

Climate change on Arrakis is becoming more relevant and the desert is retreating. With it, the ecosystem that allows the spice to form is shrinking. Some Fremen are abandoning the old traditions and their society is going through changes of various kinds. The social unrest is also due to the Preacher, a mysterious man who, according to some people, is Muad’dib back from the desert. 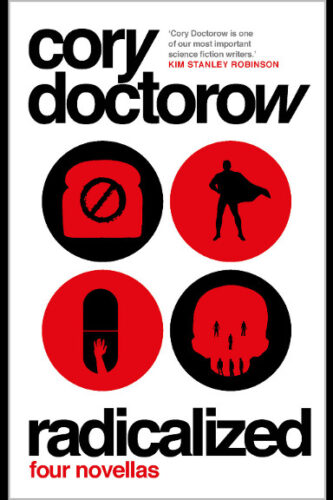 The novella “Unauthorized Bread” by Cory Doctorow was published for the first time in 2019 as part of the anthology “Radicalized”.

Salima is a refugee who managed to arrive in the USA, where she lives in a building with other people in the same situation. Her apartment is equipped with smart appliances whose use must comply with a rather strict contract. When two of the companies that produce those appliances go bankrupt, their products stop working.

On the dark side of the Internet, Salima finds unauthorized and absolutely illegal solutions to make her appliances work again and without limitations. She helps her neighbors reprogram them and teaches the kids in the building how to do it but after a while, she discovers that if they get caught they could be evicted and even go to jail. The novel “Transformation” by James Gunn was published for the first time in 2020. It’s the third book in the Transcendental trilogy and follows “Transgalactic”.

Riley and Asha have reunited but when they return to Earth, they discover bad news. At the borders of the Galactic Federation, various planets have stopped sending communications for mysterious reasons. The Galactic Center’s pedia indicates an almost certainty of an invasion but by whom?

The galactic bureaucracy is slow to decide countermeasures, to say the least. Riley and Asha take the lead and force Federation authorities to give them the official assignment to investigate. The help of the Earth’s pedia is useful but the group becomes quite uneven with the addition of Tordor as a representative of the Federation and Adithya, who is part of a group that intends to eliminate the pedia. An article published in the journal “Proceedings of the National Academy of Sciences” reports the discovery of DNA of ancient hominins and animals dating back to the Pleistocene period in sediments taken from 13 prehistoric sites on different continents. A team of researchers including scientists from the Max Planck Institute for Evolutionary Anthropology in Leipzig and geoarchaeologists collected and analyzed sediments and found that even microscopic fragments of bone and feces offer concentrations of DNA belonging to various species. That’s another step forward in the recovery of very ancient genetic material that can offer valuable information on populations of Neanderthals and other hominins whose presence can be linked to archaeological artifacts and ecological traces.