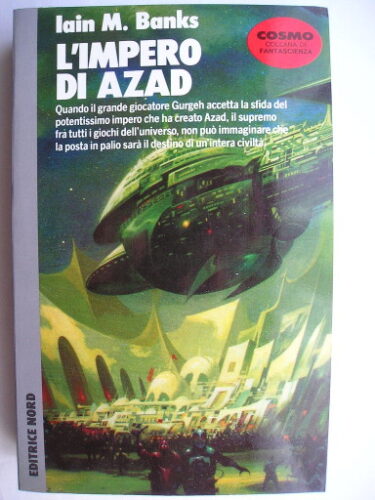 The novel “The Player of Games” by Iain M. Banks was published for the first time in 1988. It’s part of the Culture series.

Jernau Morat Gurgeh is the best player in the Culture but his skill with any type of game leads him to get bored. The Contact section offers him to go to the Empire of Azad to participate in a very special game that goes far beyond the normal concept of board game but that civilization’s home planet is many light-years away from the Culture and the journey would take a few years. The commitment seems too heavy and Gurgeh declines the offer.

The robot Mawhrin-Skel offers Gurgeh help in a match that would allow him to achieve a perfect score. Gurgeh only partially accepts the help and doesn’t achieve perfection but above all Mawhrin-Skel blackmails him to get help from him to be readmitted in Special Circumstances, which had expelled it due to its instability. To do this, Gurgeh ends up accepting the offer to travel to the Empire of Azad. 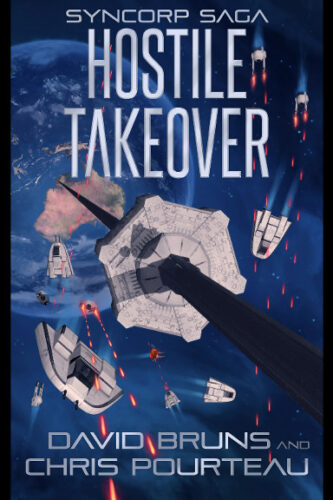 The novel “Hostile Takeover” by David Bruns and Chris Pourteau was published for the first time in 2018. It’s the third book in The SynCorp Saga series and follows “Cassandra’s War”.

The Council that decides the fate of the Earth is an uneven group of people who have very different ideas about how to save the planet from a climate catastrophe. Internal power struggles can change many plans but the secret ones continue behind the scenes and Ming Qinlao goes to extremes to carry out her own. The possible ramifications of Elise’s pregnancy add to the uncertainties.

A large group of refugees enters the USA, led by Corazon Santos in search of a better future promised by Cassandra. General William Graves is ordered to keep them under control but the meeting with their leader surprises him when she tells him that he will help her achieve her goals. 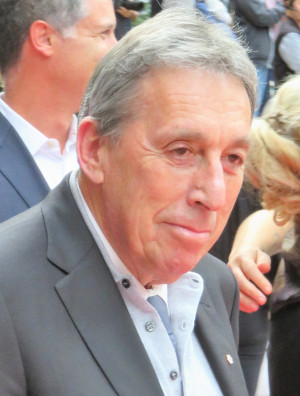 The news came of the death of director and producer Ivan Reitman (photo ©GabboT), which happened on Saturday, February 12, 2022. The causes of death were not disclosed and the family simply explained that he died in his sleep.

Ivan Reitman was born on October 27, 1946, in Komárno, in then Czechoslovakia, to a Hungarian Jewish family. His mother was an Auschwitz survivor while his father fought in the resistance to Nazism. In 1951, his family moved to Canada.

Ivan Reitman directed and produced movies of various genres but will be remembered above all for his comedies that were never dull and became part of the history of cinema and remained in the hearts of the audience. 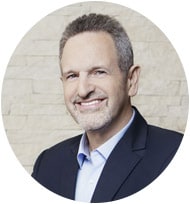 The leading graphics processor company NVIDIA and the Japanese telecommunications holding SoftBank Group Corp. have reached an agreement to end the deal to acquire the British microprocessor company Arm Ltd. that was reached in September 2020. Negative or at least concerned opinions expressed repeatedly over time by the USA, UK, and EU antitrust authorities resulted in NVIDIA’s inability to proceed with the acquisition. Arm CEO Simon Segars resigned and was replaced by Rene Haas, who was already the company’s president. The new plan consists of an IPO for Arm, perhaps at the London stock exchange. 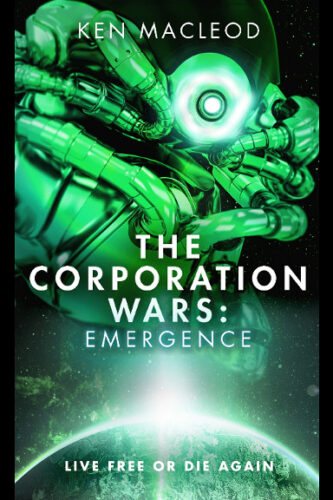 A superhabitable planet is at the center of a war involving a number of really uneven factions. DisCorporations, free bots, mechanoids, artificial intelligences, form a complex network of alliances whose members are involved in a much larger struggle.

A fascist faction has conquered the exomoon SH-119 and uses enslaved sentient robots to exploit its considerable resources, opening another front of the war. Carlos the Terrorist wakes up another time and finds himself again in the midst of a clash in which he needs to understand who are the allies and who the enemies.