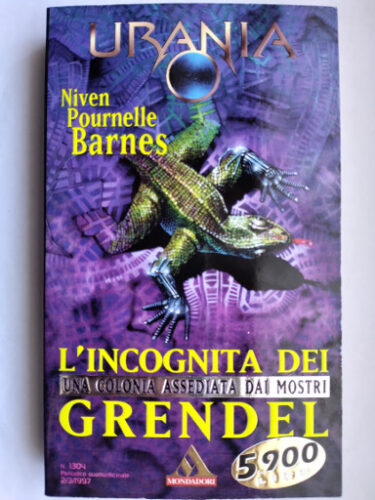 The novel “The Legacy of Heorot” by Larry Niven, Jerry Pournelle, and Steven Barnes was published for the first time in 1987. It’s the first book of the Heorot series.

When some of the colony’s animals are found dead of violent causes along with damage to some fences, security officer Cadmann Weyland thinks there’s a predator on the island that hasn’t yet been identified. Almost everyone else looks for alternative explanations and some even suspect that Cadmann created the incidents to prove his usefulness.

Given the situation, Cadmann decides to go in search of the possible predator and only Ernst helps him, but he suffered brain damage as a side effect of the hibernation in which he spent the interstellar journey. The two of them discover an animal native to the planet but Ernst is killed and Cadmann can barely survive. When he returns to the colony, he discovers that a woman has been killed along with her child and some colonists accuse him of the crime.