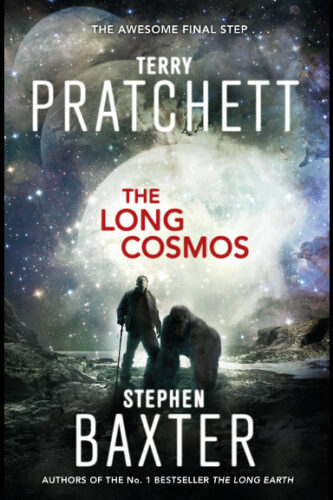 The novel “The Long Cosmos” by Terry Pratchett and Stephen Baxter was published for the first time in 2016. It’s the fifth book of The Long Earth series and follows “The Long Utopia”.

In 2070, humanity is fragmented into many groups, large and small, scattered over a lot of parallel Earths. However, all over the Long Earth comes a message which, through various means, says “Join us” and is addressed to all sentient beings. Encoded, there’s a much more sophisticated message that contains a huge blueprint that could change the Long Earth.

Joshua Valienté is on one of his solitary journeys but ends up in a situation that could cost him his life. He gets rescued by a group of trolls but the complications don’t end for him and on the contrary, extend to his son Rod. The novel “The Laughing Gnome – Fear of the Web” by Alyson Leeds was published for the first time in 2018.

Anne Bishop had some experience with temporal anomalies and doesn’t take long to recover when she finds herself in 1969 and moreover in the body of a girl who’s not her. She realizes that she’s on the eve of the events that led her to meet Alistair Lethbridge-Stewart and she decides to intervene to prevent her father’s mind from being damaged by the Great Intelligence.

For Alistair Lethbridge-Stewart it’s no longer surprising to be in his own past. He remembers very well that period that marked his life and for that very reason, he immediately notices some inconsistencies between his memories and what’s happening. He hasn’t been urgently recalled to London which means he will not meet the Doctor.

The novel “Valhalla Station” by David Bruns and Chris Pourteau was published for the first time in 2019. It’s the fourth book in The SynCorp Saga series and follows “Hostile Takeover”. It’s also the first book in the Empire Earth trilogy.

The leaders of the large factions that make up SynCorp rule the solar system by dividing powers. On the surface, everyone is satisfied a quarter of a century after the Earth was saved from a climate catastrophe. However, an attack in the mines on Mars clearly indicates that there are rebels and this is only their most sensational action.

Ming Qinlao is dying from the long-term consequences of the radiation poisoning she suffered many years earlier. Her brother Ruben supports her but the moment arrives when Tony Taulke demands that Ruben officially become the new leader. The replacement takes place at a delicate moment in which the balance in the solar system is in danger of collapsing. 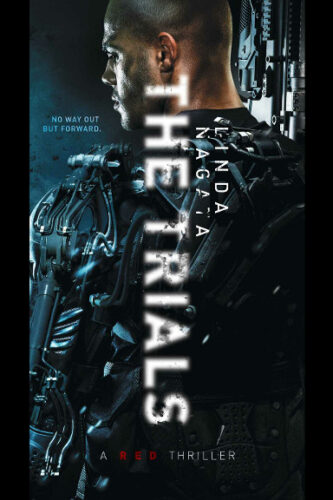 The novel “The Trials” by Linda Nagata was published for the first time in 2015. It’s the second book of The Red trilogy and follows “The Red: First Light”.

Lieutenant James Shelley and his Apocalypse Squad returned to the US to face the consequences of their choices during the First Light mission. The court-martial is the most important news, and that’s a big deal in a nation shaken by continuous attacks that have also devastated the economy.

The court-martial is supposed to assess the work of the Apocalypse Squad with impartiality. How can a judge accomplish that kind of task when there are political interests that go up to the president of the USA and important parts of the events are covered by secrecy such as those related to the artificial intelligence known as the Red? 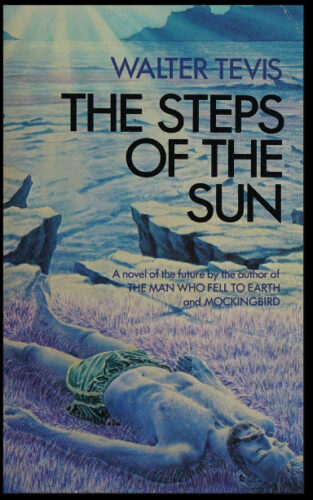 The novel “The Steps of the Sun” by Walter Tevis was published for the first time in 1983.

Ben Belson made his fortune with the coal market in a world that is running out of energy sources. Winters are getting colder and colder, and many people can’t adequately heat their homes. Belson has enough money to pay for the construction of a spaceship to use to search for uranium.

Belson’s expedition finds an interesting planet with results that are different from what he expected. It’s home to a plant with curious properties, and the discovery of uranyl nitrate on a nearby planet makes the trip seem like a great success. However, Belson finds himself in the midst of a power struggle that endangers everything he has achieved in his life with consequences that will affect the future of the world in one way or another.