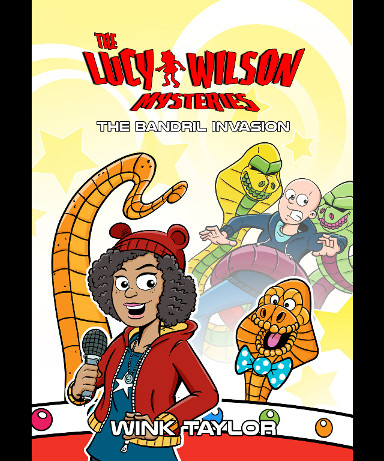 The novel “The Bandril Invasion” by Wink Taylor was published for the first time in 2019.

Billy Bandril is the TV star of the moment and his show has huge ratings. Even Lucy Wilson finds it very funny and always watches it, although she is embarrassed to admit it to Hobo, who considers it very mundane and doesn’t like the influence it has on the audience.

Almost by accident, Lucy Wilson participates in a casting for Billy Bandril’s show and is selected. The team that is supposed to write the scripts seems inept, so Lucy has to come up with her own ideas of what to tell on television and she decides to focus on the stories that her grandfather Alistair Lethbridge-Stewart told her.