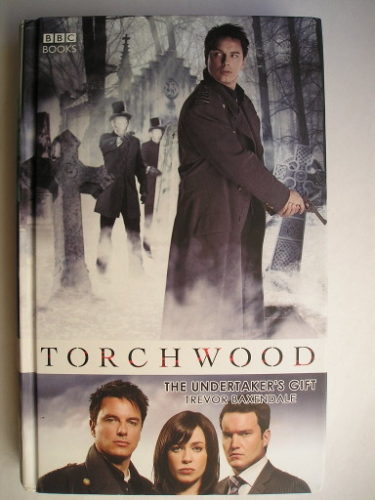 The novel “The Undertaker’s Gift” by Trevor Baxendale was published for the first time in 2009.

The situation in Cardiff is even more complicated than usual with a number of alien creatures arriving on Earth through the Rift. For Torchwood team avoiding serious consequences is more than ever a full-time job but in this case it also means having a jelly creature in custody that can release a deadly electric shock.

Things get even worse when the lawyers from Horkala Corp pop up, announcing they’re suing Earth for failing to manage the 21st century. Even Captain Jack Harkness is at risk with an opponent who knows his secrets and the solution to the problem could be connected to a funeral that’s quite out of the ordinary with mysterious pallbearers.