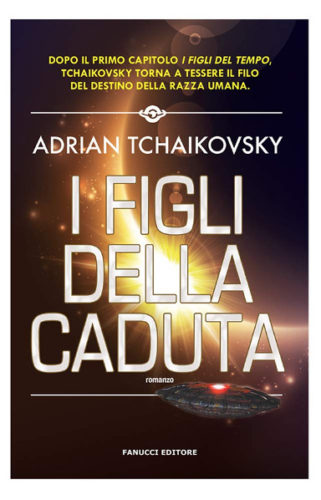 The novel “Children of Ruin” by Adrian Tchaikovsky was published for the first time in 2019. It’s the sequel to “Children of Time”.

An expedition reaches a star system with the aim of terraforming a planet that has an interesting potential to develop. However, the scientists discover that a biosphere already exists on the planet, so terraforming should begin with its elimination. As a result, it’s decided to terraform the neighboring planet, where it’s possible to create a favorable habitat for modified octopodes. The life forms on the planet they discarded are more complex than humans imagined.

Millennia later, from a distant system comes another expedition of humans who formed an alliance with sentient Portia spiders, attracted by radio signals. Instead of finding a human colony, the new expedition ends up in the midst of a war, and it’s difficult to understand its causes. Contact is difficult, with the consequence that understanding which factions are fighting and avoiding being destroyed by one of them requires the skill of both species.