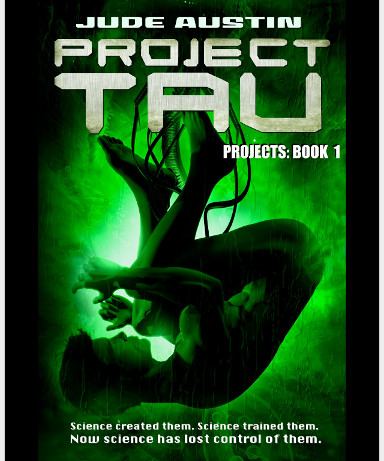 The novel “Project Tau” by Jude Austin was published for the first time in 2016. It’s the first book in the Projects series.

Kalin Taylor is about to start college thanks to a scholarship that will allow him to study medicine. However, to be admitted to a college frat house, he must enter a laboratory and take a photograph of Project Tau, a genetically modified creature.

When Kalin sneaks into the laboratory, he’s quickly discovered by security and captured. The director offers to spare him the big legal trouble he could cause if he were willing to undergo a series of medical tests in the laboratory. Soon, Kalin realizes that exams are just the first step in turning him into an experiment, Project Kata.