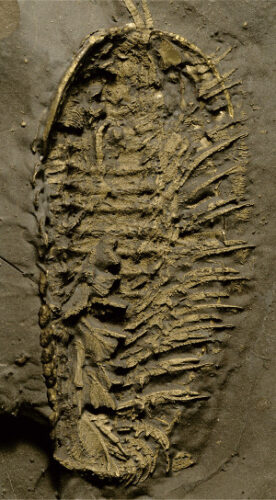 An article published in the journal “Science Advances” reports a study on trilobites that offers evidence that in the upper branch of these ancient arthropods’ limbs there were gill-like structures that were used for breathing. A team of researchers led by Jin-Bo Hou of the University of California at Riverside (UCR) subjected exceptionally preserved specimens belonging to the Triarthrus eatoni and Olenoides serratus species to CT scans to study their anatomical details. The results led to their conclusion concerning the presence of gill-like structures in the upper branches of their legs which they used to breathe.