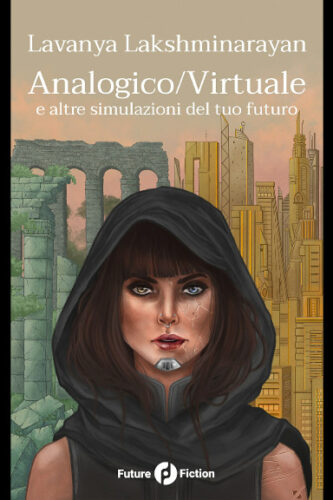 The novel “Analog/Virtual and Other Simulations of Your Future” by Lavanya Lakshminarayan was published for the first time in 2020.

When the nations collapse, corporations take direct control of the cities that survive. Bell Corp has reshaped one of these cities, Bangalore, giving it the new name of Apex City, a place ruled by meritocracy where hard workers can ascend to the higher levels of the new society.

The citizens of Apex City can take advantage of the advanced technologies that have been developed, which allow among other things to conduct their activities in a virtual way. The ones who don’t commit themselves enough and fail, are deported and are forced to live among the Analogs, where they lack modern technologies. The novel “Tower of Glass”, also known as “The Tower of Glass”, by Robert Silverberg was published for the first in 1970 serialized in the magazine “Galaxy Science Fiction” and later as a book.

Simeon Krug made his fortune by creating androids, beings considered non-human even if they’re grown based on human DNA. The consequence is that they’re considered to be properties such as machines and sold to do jobs of any kind. At the beginning of the 23rd century, this made him one of the richest men in the world.

When a signal from the depths of space is received that is recognized as being of artificial origin, Simeon Krug wants to decipher it and respond at all costs. Because of the distance, he must build a device capable of emitting a tachyon beam, which is faster than light. The enormous energies needed require the construction of a 1,500-meter-high tower. 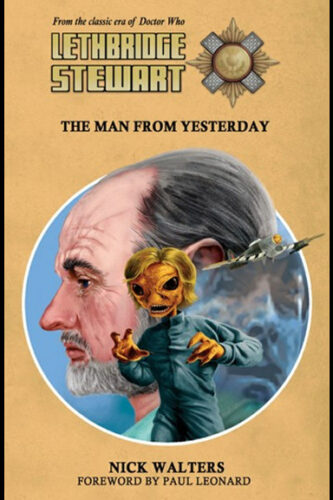 The novel “The Man From Yesterday” by Nick Walters was published for the first time in 2018.

Anne Travers, with the assistance of Lt. Bill Bishop, is investigating strange sightings of pink lightning reported in the Norfolk area. Some locals also mention the presence of strange beings with elven features. There’s something strange and the investigation continues to understand what’s behind it.

An airplane lands, an old model used during World War II. The elderly pilot looks rather confused even though he’s aware of where he landed. He remembers going on a war mission and that his name is Gordon Lethbridge-Stewart. General Gore also discovers his arrival and prepares his plans.