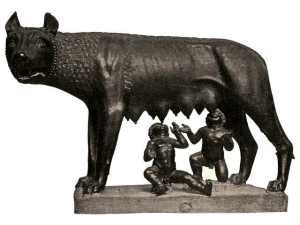 It’s not my intention to write a patriottic article, certainly not a political one but whatever you think the capture of Rome was a fundamental event in Italy’s modern history.

Rome’s history is in fact indissolubly linked to the splendour started with the ancient Roman kingdom, a history that’s been going on for more than twentyseven centuries.: it would be pointless to dwell on the city’s historical and artistical treasures as innumerable essays have been written about those subjects and any summary would cover them only slightly, as a matter of fact today you can still dig in any point of the city and find archeological relics from one of the many past Rome’s periods.