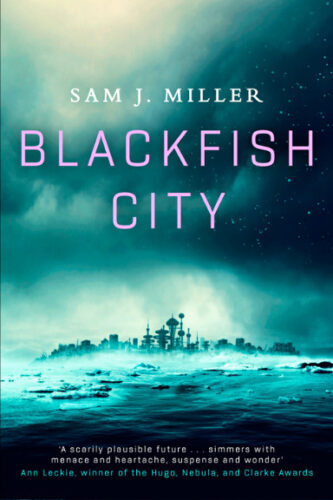 The novel “Blackfish City” by Sam J. Miller was published for the first time in 2018. It won the John W. Campbell Memorial Award for Best Novel of the Year.

When the orcamancer arrives in Qaanaaq in a skiff pulled by an orca and with a polar bear on a leash, she becomes the center of attention of the entire city population. Like so many other families, hers got dispersed following the climate wars and a trace led her to what is considered one of the last bulwarks of civilization.

Among the topics of the discussions about the orcamancer, there are the old stories about a technology that allowed to create a mental bond between a person and an animal. In a city afflicted with various problems including the new disease known as the breaks, an event such as the arrival of the woman generates further chaos.