The novel “The Condition of Muzak” by Michael Moorcock was published for the first time in 1977 and in a revised version in 1979. It’s the fourth novel in the Jerry Cornelius series and follows “The English Assassin”.

In a Europe now in full decline in which nations have fragmented, Jerry Cornelius and other people close to him are now like the characters of Commedia dell’Arte. Jerry brings more chaos than order, also because he’s fragmented into different realities. 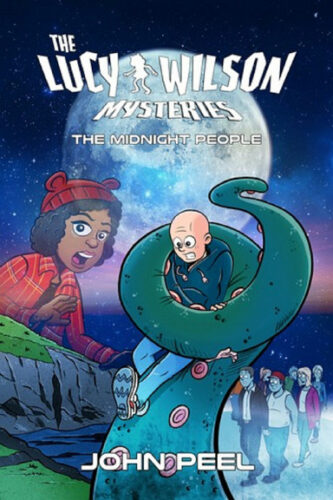 The novel “The Midnight People” by John Peel was published for the first time in 2019.

Hobo receives a phone call from Greg Morton, an old friend who has long since moved to the village of Monknash, who tells him that something very strange is going on in his area. The boy sounds very scared and the phone call is cut off. Hobo’s mom calls Monknash’s police but the constable who goes to check the situation calls back saying that Greg just pulled a prank on his friend that went a little too far.

Hobo is not at all convinced by the explanation because Greg isn’t the type to pull that kind of prank. He and Lucy Wilson decide to go and see for themselves what’s happening with the excuse of spending a few days with Hobo’s uncle and aunt, who live in that area. When they meet Greg, they find his behavior very strange, and he’s not the only one in the village. Why do so many villagers go to a cave near the village all the time and why there’s always someone who finds a way to stop Hobo and Lucy from going to visit it? The novel “The Future of Another Timeline” by Annalee Newitz was published for the first time in 2017.

Tess is on a mission in time that aims to change the timeline for the better. Some men are trying to eliminate all women’s rights and then destroy the Machines that allow time travel making the timeline they created fixed.

While she’s passing through 1992, Tess goes to a concert where she knows that her younger version is present together with her friends. For those girls, still teenagers, it’s a key moment as they end up killing a schoolmate to save one of them. The girls hide their murder but the consequences will be heavy and Tess has already lived through them.

The short story “Mother” by Shovon Chowdhury was published for the first time in 2020 by Future Fiction within the anthology “Avatar. Contemporary Indian Science Fiction”.

Mother takes care of people by paying attention to their health, their needs but also arranging good romantic encounters so that everyone will find if not a soulmate at least a good combined marriage. However, if someone misbehaves, she can be a strict Mother. 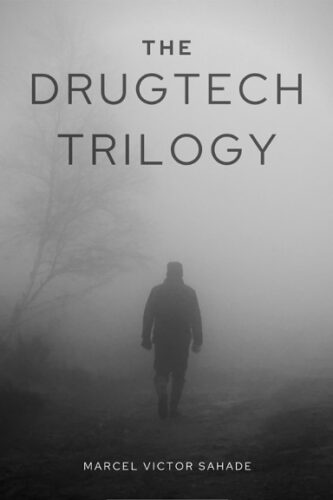 The anthology “DrugTech – The Final Dose” by Marcel Sahade was published for the first time in 2021. It’s the third book in the DrugTech trilogy and follows “DrugTech – The Deep State Deepens”.

DrugTech seems untouchable yet there are people who believe they have the means to break the power it has accumulated. In this clash of powers that can also include mystical ones, a crucial step would be to obtain the acquittal of a man on trial.

The Battle of Lepanto is about to decide whether the Holy League formed by the European powers will succeed in preventing the Ottoman Empire from obtaining total dominion of the Mediterranean Sea. Müezzinzade Ali Pasha, at the command of the Ottoman fleet, is convinced he can get an easy victory but in the Christian fleet, the commander Don John of Austria isn’t the only one who has some tricks up his sleeve.