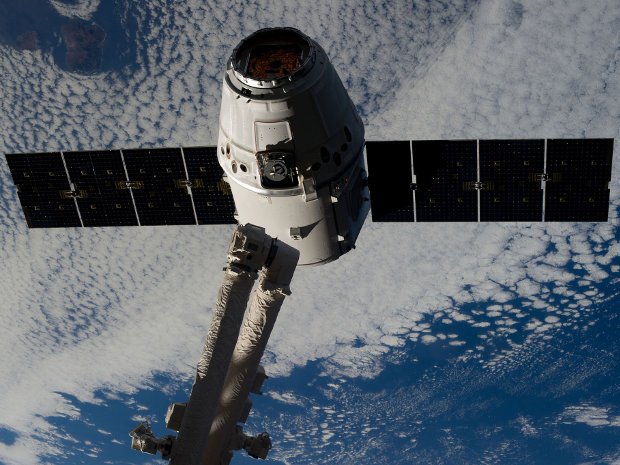 A little while ago the SpaceX Dragon spacecraft was captured by the robotic arm Canadarm2 from the International Space Station. Commander Barry Wilmore, assisted by his colleague Cristoforetti, managed the operation and started moving the Dragon to the docking point of the Harmony module. The spacecraft was launched last Saturday. 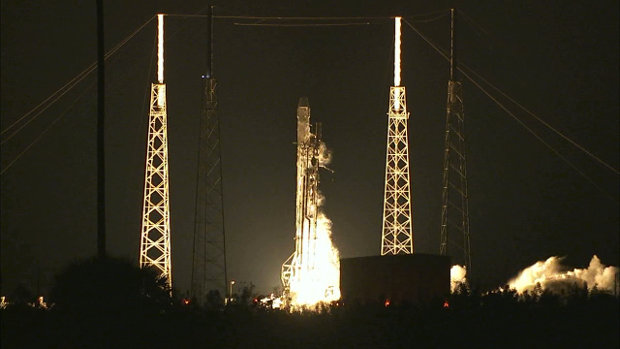 A little while ago the SpaceX Dragon spacecraft blasted off on a Falcon 9 rocket from Cape Canaveral in its CRS-5 (Cargo Resupply Service 5) mission, also referred to as SPX-5. This is the fifth of 12 missions that for the Dragon spacecraft to the International Space Station with a cargo and its return to Earth, again with a cargo. Yesterday the Russian rocket Angara A5 successfully completed a test flight after being launched from the Plesetsk Cosmodrome, about 800 km north of Moscow. The Briz-M upper stage separated regularly after about 12 minutes to perform the longest part of the mission, which was to bring a dummy mass to geostationary orbit. The series of maneuvers was successfully completed about nine hours after the launch. A few hours ago ISRO, the Indian space agency, carried out the first test launch of the new carrier rocket Geosynchronous Satellite Launch Vehicle Mark III, also known simply as GSLV-III, LVM3 or GSLV Mk. 3. This test lasted about twenty minutes since it was only a suborbital flight. The result is a success though the analyzes of the recorded data and the CARE capsule will be made later. 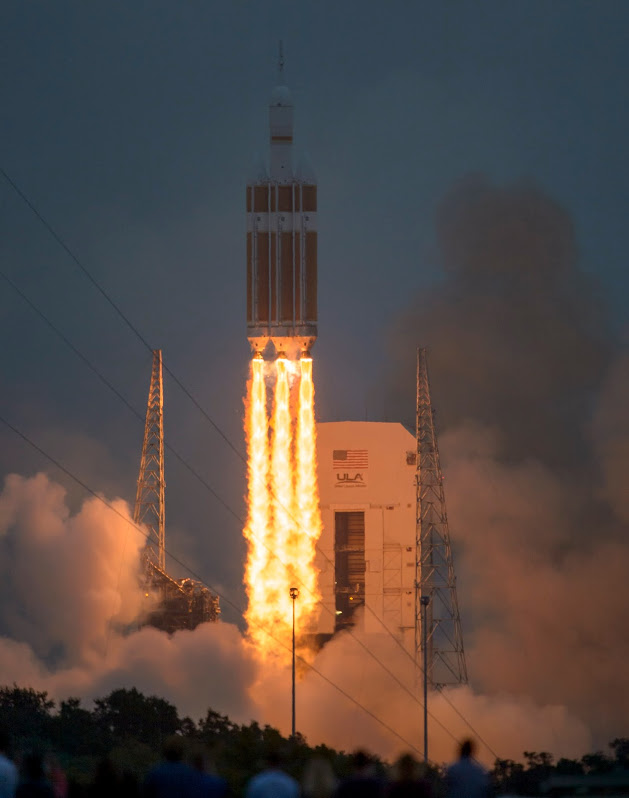 The Orion spacecraft was launched in its Exploration Flight Test-1 (EFT-1) mission, its first test flight, on a Delta IV Heavy rocket from Cape Canaveral. It performed a series of maneuvers in orbit, also passing through the Van Allen belts. After about four hours, the Crew Module separated from the rest of the spacecraft to splash down after a little while in the Pacific Ocean completing the test. U.S. Navy ships collaborate with NASA for the recovery of the Orion.