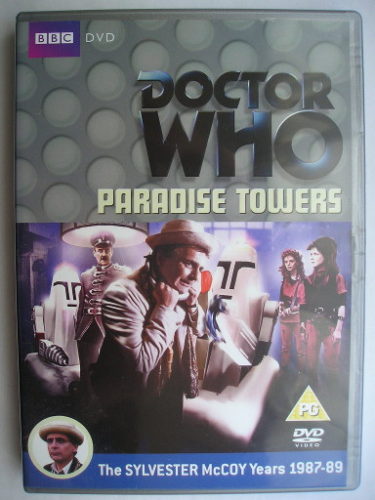 “Paradise Towers” is an adventure of the twentyfourth season of “Doctor Who” classic series, which aired in 1987. It follows “Time and the Rani” and it’s a four parts adventure written by Stephen Wyatt and directed by Nicholas Mallett.

The Seventh Doctor (Sylvester McCoy) and Melanie Bush (Bonnie Langford) are looking for a pool and land in the Paradise Towers, which are supposed to be a luxury high-rise building. However, they immediately realize that the place is deteriorated.

The two travelers meet a gang of girls and realize that the Paradise Towers are still inhabited but have turned into a sort of urban jungle. There’s the Caretaker Corps but their strict observance of the rules doesn’t really help the situation. 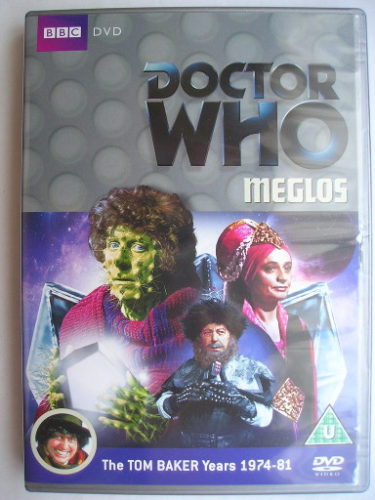 “Meglos” is an adventure of the eighteenth season of “Doctor Who” classic series, which aired in 1980. It follows “The Leisure Hive” and it’s a four parts adventure written by John Flanagan and Andrew McCulloch and directed by Terence Dudley.

The civilization on the planet Tigella is in danger: the survivors live underground exploiting the energy of the Dodecahedron but it started fluctuating. The tensions between the scientists faction and the religious faction increase the problems and the leader Zastor hopes for a solution from an old acquaintance, the Fourth Doctor (Tom Baker), who’s arriving together with Romana II (Lalla Ward).

Meglos is an intelligent plant that remained hidden under the surface of the planet Zolfa-Thura, Tigella’s neighbor. Now he intends to use a group of space pirates to go to Tigella to get the Dodecahedron and use it for his purposes. 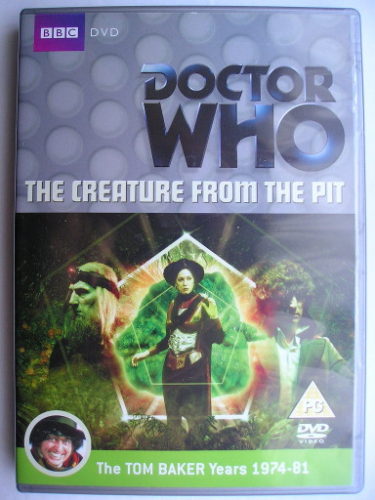 “The Creature from the Pit” is an adventure of the seventeenth season of “Doctor Who” classic series, which aired in 1979. It follows “City of Death” and it’s a four parts adventure written by David Fisher and directed by Christopher Barry.

After intercepting a distress signal, the Fourth Doctor (Tom Baker) brings the Tardis to the planet Chloris, where metals are rare. Upon their arrival, he and Romana II (Lalla Ward) discover the remains of a huge egg in the jungle but don’t have time to study it because they get captured by locals.

The two travelers discover that the sentient inhabitants of the planet Chloris are ruled by the cruel Lady Adrasta, who controls the extraction of the very little existing metals. Opponents are thrown into the Pit, where an enormous Creature lives. “The Sun Makers” is an adventure of the fifteenth season of “Doctor Who” classic series, which aired in 1977. It follows “Image of the Fendahl” and it’s a four parts adventure written by Robert Holmes and directed by Pennant Roberts.

Cordo can longer pay taxes that are getting higher all the time and decides to end his life. The arrival of the Fourth Doctor (Tom Baker) and Leela (Louise Jameson) interrupts his suicide attempt and the man explains to the two travelers the reasons for his desperation. “Terror of the Zygons” is the first adventure of the thirteenth season of “Doctor Who” classic series, which aired in 1975. It follows “Revenge of the Cybermen” and it’s a four parts adventure written by Robert Banks Stewart and directed by Douglas Camfield.

The Fourth Doctor (Tom Baker) receives a call from Brigadier Lethbridge-Stewart (Nicolas Courtney) so he brings Sarah Jane Smith (Elisabeth Sladen) and Harry Sullivan (Ian Marter) back to Earth and precisely to Scotland, near the North Sea. Shortly after their arrival they find out that the call arrived after oil rigs were destroyed and the survivors spotted a giant sea creature.

The Doctor tries to understand the situation and examining some debris from one of the oil rigs destroyed he nitices what look like signs of huge teeth. Soon he and his companions come across the tracks of the Zygon aliens and their Skarasen monster.