The episode “A Certain Doom” was supposed to be the season finale of “The Walking Dead” 10th season. Due to the Covid-19 pandemic, it became a special episode broadcast on October 4, 2020. 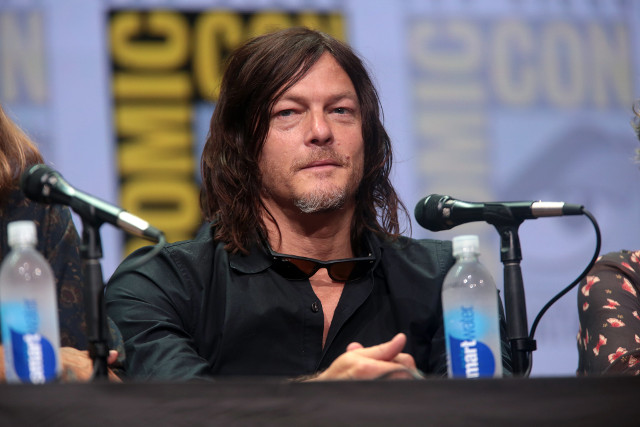 The 10th season was produced and broadcast almost all in the format that have become usual: 15 episodes of which 8 were broadcast in October / November 2019 and 7 in February / April 2020. The season finale was postponed to a date yet to be determined because post-production was interrupted when the Covid-19 emergency broke out. The problem could hit the whole saga and has already caused the delay of the airing of the new spinoff “The Walking Dead: Beyond World” as its debut is now announced generically for later in 2020.

The tenth season is entirely dedicated to the clash between the various communities and the Whisperers. There’s a new leap forward from the end of the ninth season, but only a few months. The situation seems to indicate a truce, but it’s clear from the beginning that there’s no real peace and that something can happen at any time. On March 31 the 9th season of the show “The Walking Dead” ended.

The 9th season was produced and broadcast in the format that have become usual: 16 episodes of which 8 were broadcast in October / December 2018 and the other 8 in February / March 2019. Now the ratings decline are no longer news but after an overall negative season like the eighth one more people abandoned the show with a consequent decline even among the ones who recorded the episodes. Angela Kang, already author of several of the show’s episodes, was added to the showrunners for the ninth season and for the tenth, since the show was renewed at least for another season.

The eighth season of “The Walking Dead” told the war between the group of Alexandria, Hilltop and the Kingdom and Negan’s Saviors. A year and a half after the end of the war, the communities are working on a reconstruction but not all of them share the same ideas on how to move forward and who should be the leaders.

Warning. This review contains several spoilers about the eighth season of the TV show “The Walking Dead”!

On april 15 the eighth season of the show “The Walking Dead” ended.

The eighth season was produced and broadcast with the format has become usual: 16 episodes of which 8 were broadcast between October and December 2017 and the other 8 between February and April 2018. The ratings drop seen in the seventh season has definitely increased, so much so that, if we don’t consider DVRs, compared to the sixth season’s records the ratings have practically halved.

Last year that drop could be a sign that many people were getting tired of the show. This year it’s a clear sign that something really isn’t working anymore. Is that the quality drop? Is that the disappointment for the development of the last story-arcs with respect to their premises? Is that combination of both?

The seventh season of “The Walking Dead” ended with a clash of the Alexandria, Hilltop and the Kingdom’s alliance with Negan’s Saviors. As it was clear right away, it was only the beginning of a story-arc that filled the whole eighth season in which the war between the two factions was developed.