An article published in the journal “Nature Astronomy” reports the application of a deep learning algorithm to recognize storms on the planet Saturn creating a map of their components and characteristics. Ingo Waldmann of the University College London, England, and Caitlin Griffith of the University of Arizona, USA, developed the algorithm called PlanetNet based on the TensorFlow “engine” to analyze data collected by the Cassini space probe with an efficiency higher than traditional techniques thanks to the recognition of recurrent characteristics across various multiple data sets. PlanetNet could be adapted to analyze observations of other planets. 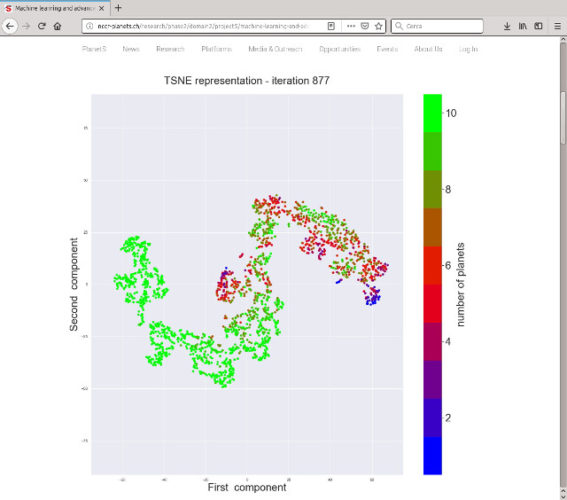 An article published in the journal “Astronomy and Astrophysics” shows an example of the use of a neural network and a deep learning algorithm to reduce the time to create simulations of star systems formation obtaining even better results. Yann Alibert of NCCR PlanetS and of the Swiss University of Bern and Julia Venturini of the International Space Science Institute (ISSI) of Bern and a PlanetS collaborator developed this new system that predicts the mass of a planet starting from the conditions in which it formed with a excellent accuracy and a much higher speed than models based on differential equations. 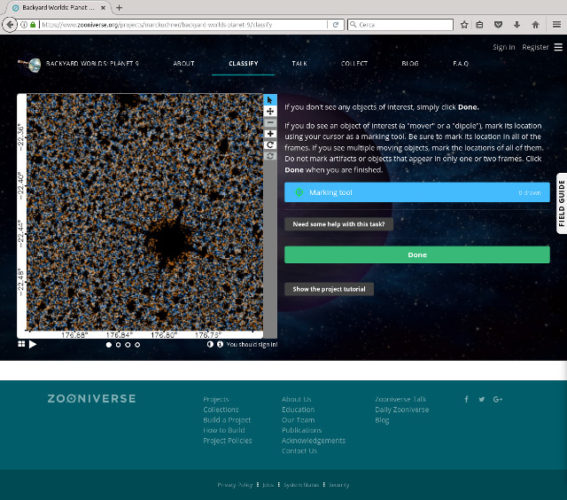 The new “Backyard Worlds: Planet 9” initiative by NASA and various American institutions along with the Zooniverse platform was announced to allow anyone connected to the Internet to participate in the search for the ninth planet of the solar system. You can connect to the project’s website, examine images captured by the WISE space telescope and report any moving objects. 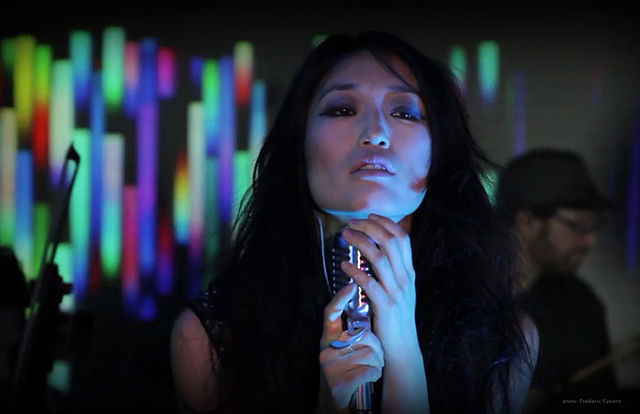 On December 18 the miniseries “Mars” ended.

“Mars” is a docudrama, in part a documentary about space programs with archive footage and interviews with people involved in various ways and in part a TV show that tells the story of the first manned expedition to Mars starting from 2033. The two parts are mixed so as to give a greater impression of likelihood to the future events, as if they were a continuation of those of the documentary part.

The miniseries, which consists of six episodes, is based on the book “How We’ll Live on Mars” by Stephen Petranek, a journalist who explained the possible development of the American space program and the possibility that humans could live on Mars by 2027. This idea is based on a series of factors which include scientific and technological developments but also economic ones because there are also private companies that are starting opening a real market in the space that includes trade and tourism. 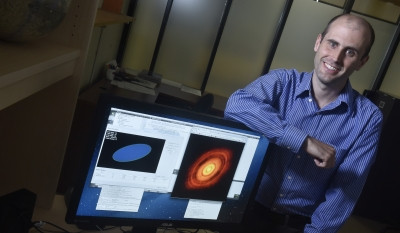 An article published in “The Astrophysical Journal Letters” describes the development and the application of machine learning algorithms to verify the stability of planetary systems. A team of researchers at the University of Toronto Scarborough led by Dan Tamayo experimented this new approach to this type of astronomical research by creating a method a thousand times faster than conventional ones.