Blogging about news of the day 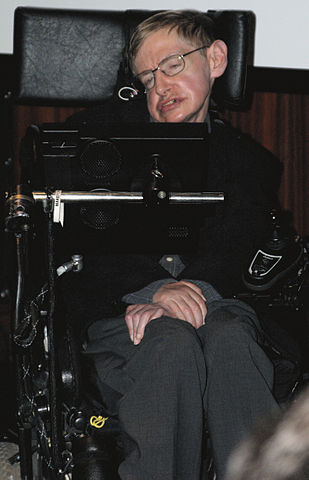 Stephen Hawking, one of the most well-known figures in physics and astrophysics passed away in the night at his home in Cambridge, England.

Stephen Hawking’s studies on black holes for which he became famous remain crucial in the field of physics and astrophysics. I wonder if in the end he was still lucid enough to realize the bitter irony of dying on Albert Einstein’s birth anniversary. With his sense of humor perhaps his last emotion was amusement. He was an atheist so he didn’t have the comfort of a religion but that of the appreciation of life. On January 5 the American astronaut John Young passed away after complications from pneumonia. John Watts Young was born on September 24, 1930 in San Francisco, California, USA. As a NASA astronaut, he took part to the Gemini 3, Gemini 10, Apollo 10, Apollo 16 (spending 3 days on the Moon), STS-1 (the first of the Space Shuttle program with the Columbia), and STS-9 missions.

During his life John Young received various awards and decorations from the Navy, NASA and the American Congress. They show in part his extraordinary contribution to decades of space missions. His passing means the loss of one of the men who have been on the Moon and in general of one of the great pioneers of space travel, a man who thought that the future of the human species was in space. 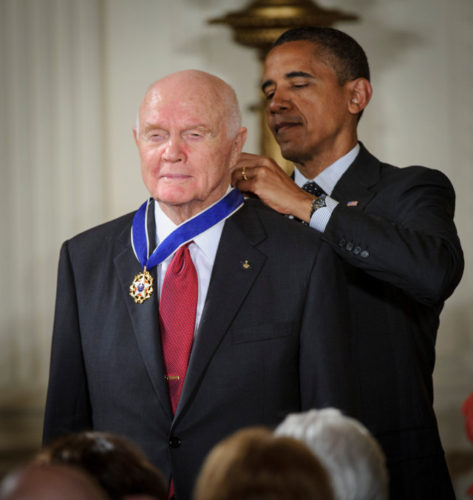 Yesterday John Glenn, the first American to make an orbital flight, passed away. He was hospitalized more than a week ago but no information about his health problems were provided. However, a source linked to his family revealed that his condition was grave and his relatives joined him in the hospital.

On February 20, 1962, John Glenn became the first American to make an orbital flight on the Friendship 7 spacecraft. Instantly, he became a national hero and was honored with the NASA Distinguished Service Medal, which he was given directly by the then US President John F. Kennedy.

When he was still a senator, John Glenn went into space again as part of the crew of the Space Shuttle Discovery, launched on October 29, 1998 for the STS-95 9-day mission. Glenn established the record as the oldest human being to have traveled in space as at the time he was 77. During and after the mission, he underwent a series of tests for a geriatric study on the reactions of an elderly person to a space mission. An article published in the journal “Environmental Research Letters” describes a NASA research that used data collected by various satellites to assess the impact of American cities on the rise in temperatures. The conclusions are that in large cities the temperature is from 1° to 3° Celsius (1.8 to 5.4°Fahrenheit) higher than that of the neighboring areas rich in vegetation. The story of the destruction of the hitchhiking robot hitchBOT (photo ©Archie) in Philadelphia spread quickly on the Internet. The story was peculiar because the protagonist was a robot but it seemed that its misfortune was the result of a vulgar act of vandalism, especially after a video of its destruction popped up on the Internet. Instead, the analysis of the video proves that it’s a fake so now the story turned into a mistery with two suspects.