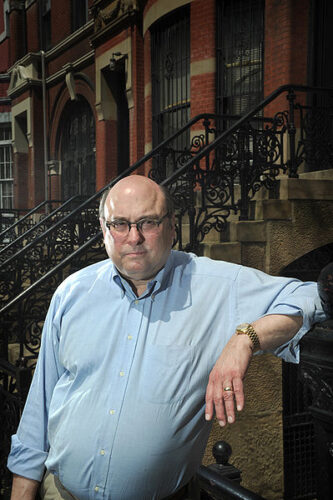 The news arrived of the death of writer Peter Straub, which happened on September 4. According to the information that emerged, his death occurred due to complications that followed a hip fracture.

Over the course of decades of his career, Peter Straub has received ten Bram Stoker Awards for his works including novels, stories fiction, anthologies, and a special career award in 2005. He also received three World Fantasy Awards for his works and one for his career, a Special Award from the International Horror Guild as a Living Legend in 2005, and the World Horror Grandmaster Award in 1997.

The news of Peter Straub’s death was given by his daughter Emma. It was followed by a comment by Stephen King, who reminded his colleague and friend. Many more words of esteem have come from colleagues, critics, and fans who appreciated his works for decades. 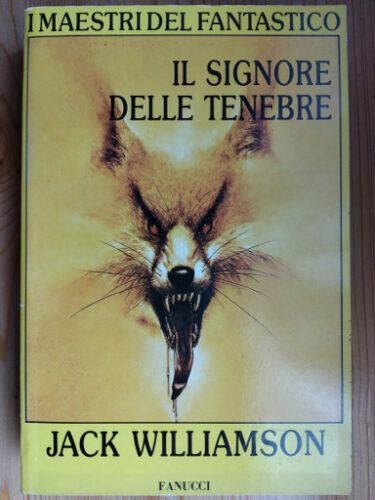 The novel “Darker Than You Think” by Jack Williamson was published for the first time in 1948, an extended version of a novelette published in 1940.

Will Barbee is a reporter who goes to witness the return of a group of scientists from Mongolia, where they studied the alleged ability of some people to transform into animals. His interest is not only professional because the expedition is led by one of his former university professors and he knows the other members as well.

At the airport, Will Barbee meets April Bell, a young fellow journalist for whom he feels attraction but at the same time finds that there’s something strange about her, also because she manifests hostility towards the members of the expedition. When the leader of the expedition suddenly dies before revealing his discoveries, Will feels there’s something really strange going on and April seems involved. 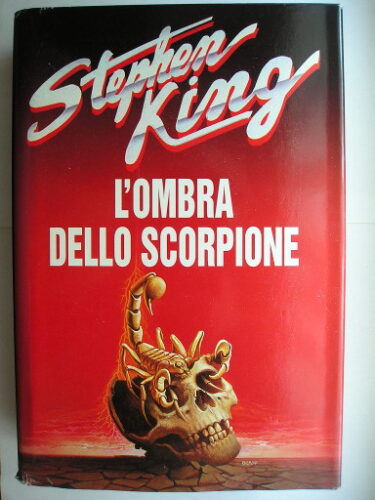 The novel “The Stand” by Stephen King was published for the first time in 1978 e republished in the so-called Complete and Uncut Edition in 1990.

Charles Campion is on duty when in a secret laboratory on the military base a chain of errors causes a virus created as a bacteriological weapon do get dispersed in the air. When Campion sees the alarm, he realizes that it’s something very serious and manages to escape before being locked up at the base. He leaves with his family trying to get away as far as possible, but has already been infected and just spreads the infection faster.

The army attempts to create quarantine areas, initially with roadblocks disguised as men at work and later with weapons, to try to stop the infection, but without success. In less than a month, almost all of the inhabitants of the USA died. The few survivors, scattered here and there in the territory, try to make do. Their conditions are diverse, but among the things in common are the strange dreams, which include Mother Abigail and Randall Flagg. 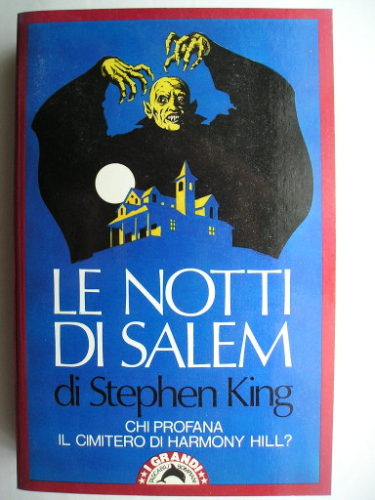 The novel “‘Salem’s Lot” by Stephen King was published for the first time in 1975.

Ben Mears returns after many years to Jerusalem’s Lot, the city where he spent part of his childhood with events that left him with deep traumas. His intention is to write a new novel after the success of his previous ones, and the inspiration comes from the events that marked his childhood. The mansion at the center of the story was purchased by two antique dealers who have recently arrived in the city as well, though one of the two is also away on business.

Jerusalem’s Lot looks like a sleepy town, but what appears to be a quiet situation is shaken when a young boy disappears and his brother dies. Ben Mears befriended Matt Burke, a teacher at the city’s high school, and began a romantic relationship with Susan Norton, who recently graduated from college. They and other inhabitants of the town get involved in an increasingly complicated situation when they have to accept that there are vampires in the city.