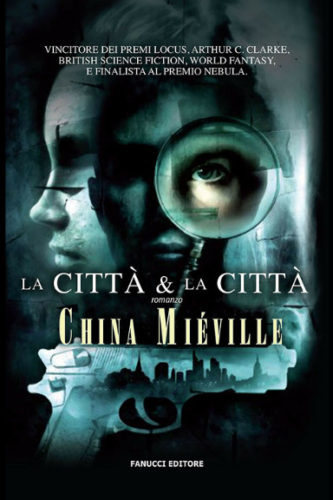 The novel “The City & the City” by China Miéville was published for the first time in 2009. It won the Hugo Award, the Locus Award, the World Fantasy Award, the Arthur C. Clarke Award, the BSFA Award, and the Kurd-Laßwitz-Preis.

When the body of a disfigured woman is discovered in the slums of Beszel, the city police inspector Tyador Borlú is called to begin investigations into what is clearly a murder. Soon, the case turns out to be complicated because the victim is identified as Mahalia Geary, a foreign student engaged in controversial archaeological research because they concern the history of Beszel and Ul Qoma, the two cities that occupy the same geographical area.

Some clues suggest that Mahalia Geary was killed in Ul Qoma and this means that Inspector Tyador Borlú must invoke the Breach, the superior authority that has the power to investigate crimes involving both cities. However, the cities governments reach a different agreement leading to a continuation of the investigation, which brings further problems because it’s connected to decidedly unorthodox theories about the two cities and the existence of other entities. The news arrived that the writer and screenwriter Terrance Dicks died on August 29. No details were provided on his death, official statements indicate only that he suffered a brief illness.

Terrance Dicks is survived by his wife and their three sons. The condolences for his death were remarkable among people connected to the production of “Doctor Who”. He’s been part of the great family of this saga for over 50 years and he made a notable contribution to it especially during the classic series era and helping to keep it alive after its cancellation.

Alfred Joseph Hitchcock was born on August 13, 1899 in Leytonstone, Essex, England. The typical elements of Alfred Hitchcock’s work, from the creation of suspense to black humor, including his obsession with blondes and many other themes and mechanisms, have been the subject of in-depth analysis to understand the work process of a director who had a remarkable influence also beyond genre cinema. Arthur Ignatius Conan Doyle was born on May 22, 1859 in Edinburgh, Scotland. “A Study in Scarlet”, the first Sherlock Holmes novel, was published in 1887 and was a great success. 56 short stories and three more novels about the famous detective were published in the following years: “The Sign of Four” (1890), “The Hound of the Baskervilles” (1902) and “The Valley of Fear” (1915). At a certain point the author made Holmes die in the short story “The Final Problem”, which introduces his archenemy Moriarty, but the readers’ reaction convinced him to find a way to change the detective’s destiny.

The novel “The Lost World” (1912) became a classic among modern science fiction precursors. Arthur Conan Doyle re-used the character of Professor Challenger for some other novels and short stories that today can be considered science fiction.

On July 7, 1930, Arthur Conan Doyle suffered a heart attack at his country home in Windlesham. At the time of his death, the character of Sherlock Holmes had already become the protagonist of some movies and a number of short films, quickly becoming an icon far beyond literature. He’s a crucial character in the detective story / mystery genre but the author is also remembered for other important works in various genres, also often adapted in cinema and television productions.