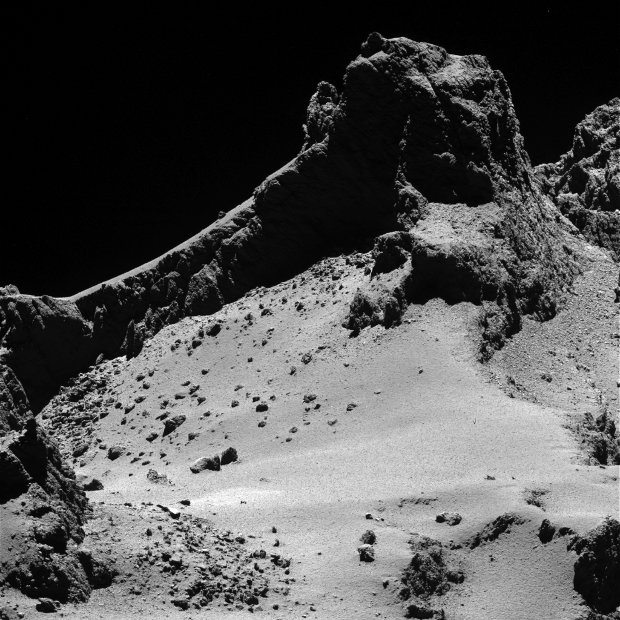 A special edition of the journal “Science” shows the results of the research done so far on the comet 67P/Churyumov-Gerasimenko using 7 of the 11 instruments of ESA’s Rosetta spacecraft. The various detections conducted between August and December 2014 have mostly confirmed the first impressions but reserved some surprises. Meanwhile, the comet is slowly approaching the Sun and its activity is increasing due to the higher heat that receives and causes more and more ice sublimation.

A most anticipated analysis in the mission of the space probe Rosetta concerned the water present on the comet 67P/Churyumov-Gerasimenko. The reason is that scientists are looking for a definitive answer to the problem of the origin of water on Earth. Comets are among the main candidates but the analyzes revealed by ESA and published in the journal “Science” show that the water analyzed by Rosetta is different from that on Earth. 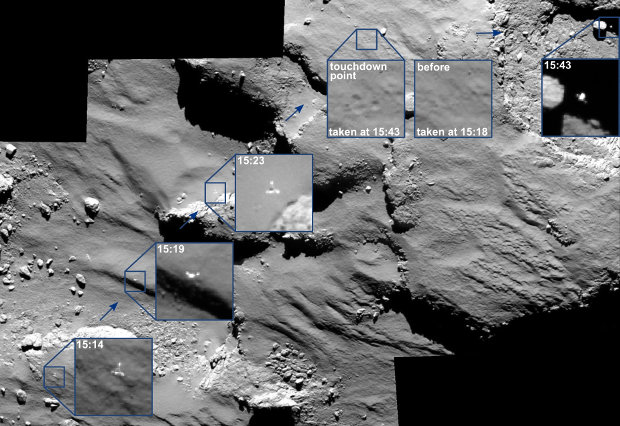 The news hasn’t been officially released by ESA and the details have yet to be assessed after the analysis of the data sent by the lander Philae before it went into hibernation. Unofficially, one of the Philae’s instruments detected organic molecules in the tenuous atmosphere of the comet 67P/Churyumov-Gerasimenko created by the ice sublimation. Meanwhile, ESA has released the images captured by the Rosetta space probe that show Philae’s trajectory after it touched down for the first time on the comet’s surface. 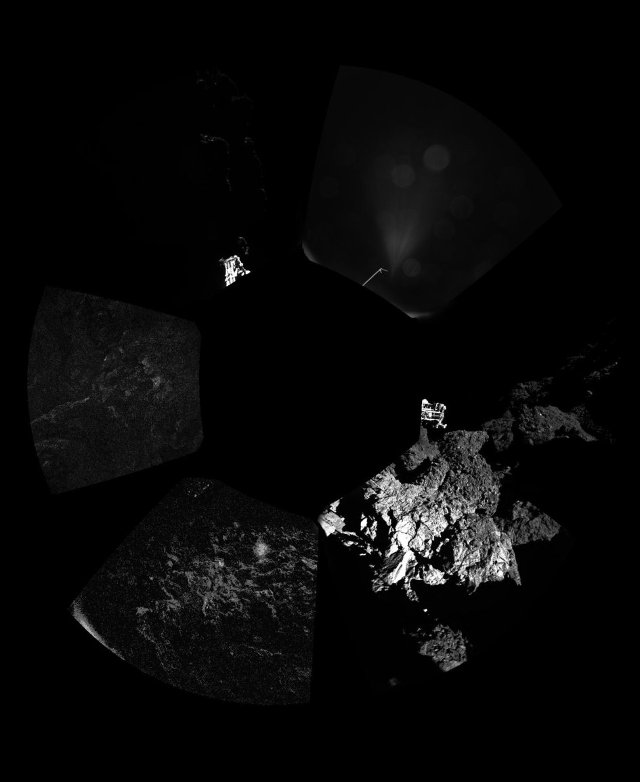 After the understandable enthusiasm felt last Wednesday for the success of the Philae lander with its landing on the comet 67P/Churyumov-Gerasimenko, the team had to face the harsh reality. The area in which it ended up wasn’t the planned one and there it received much less light than expected. The consequence is that its batteries ran out of power a few hours ago making it hibernate. But before it worked for a few hours and transmitted a lot of data.

All this happened because the harpoons system that was supposed to anchor Philae to the ground didn’t work and the information gathered since then allowed to establish that it touched down three times before stabilizing. The instruments work but Philae was receiving much less sunlight than expected with serious consequences for the energy it had available for its instruments. ESA has just confirmed that the Philae lander successfully landed on the surface of the comet 67P/Churyumov-Gerasimenko. It’s the first time that a spacecraft arrived from Earth manages to land on the surface of a comet. This success is the culmination of many years of effort but it’s just the beginning of a new phase of the Rosetta mission.