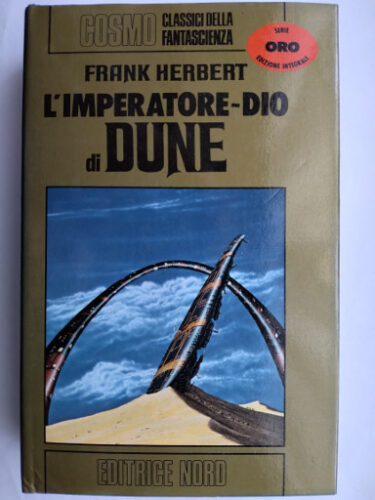 The novel “God Emperor of Dune” by Frank Herbert was published for the first time in 1981. It’s the fourth book in the Dune saga and follows “Children of Dune”.

Siona Atreides led a group of rebels to the Emperor’s fortress, where they stole some of his secret journals. Discovered, they are chased by the Emperor’s D-wolves and only Siona manages to survive thanks to the sacrifice of one of her fellow rebels.

The latest in a series of Duncan Idaho gholas attempts to kill the Emperor after accusing him of oppressing humanity. His attempt fails and he’s killed. A new ghola is produced and the Imperial majordomo, Moneo Atreides, must manage him and Ix’s new ambassador, Hwi Noree, while trying to uncover every possible new plot against the Emperor.