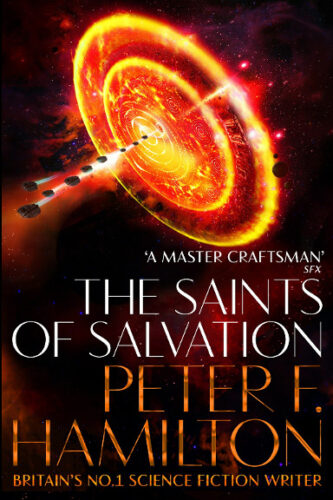 The novel “The Saints of Salvation” by Peter F. Hamilton was published for the first time in 2020. It’s the third novel in the Salvation Sequence and follows “Salvation Lost”.

The Earth is under siege, a situation that doesn’t offer much hope. The terrible choice is to abandon the home planet to allow humans who escaped the abduction by the aliens to prepare a strategy for the counterattack. Even a scammer like Ollie can be useful by exploiting his desire for revenge but the ultimate goals are very long-term.

In the distant future, a human resistance group faced the enemy and found an unexpected ally. The circumstances have changed after millennia of running and preparing, and the discovery of some secrets accelerates the adoption of new strategies. The final confrontation and the release of the kidnapped humans may be near.