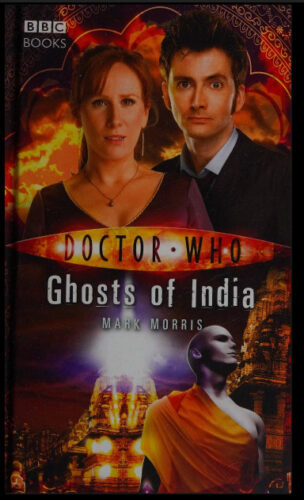 The novel “Ghosts of India” by Mark Morris was published for the first time in 2008.

When Donna feels a great craving for curry, the Tenth Doctor decides to take her to India, to a very special restaurant. Upon arrival, he realizes that the year is not the scheduled one but 1947. The restaurant sought by the Doctor was destroyed during the riots caused by the divisions within the Indian population.

The Doctor and Donna are also in danger of being involved in the chaos that hit India. As if that weren’t enough, many people in Calcutta seem to be suffering from a strange disease and others disappear. The Doctor realizes that there’s an alien presence behind those strange events and the danger could even concern Gandhi, with incalculable repercussions on the future of India.