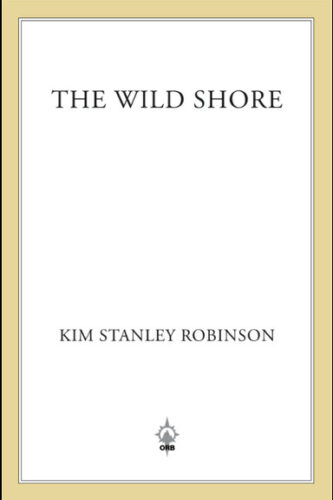 The novel “The Wild Shore” by Kim Stanley Robinson was published for the first time in 1984. It’s the first book in the trilogy of the Three Californias.

For the inhabitants of a small Californian community that makes a living mainly from fishing, life is tough but generally quiet. However, people from San Diego, which is practically a metropolis in post-atomic California, propose an alliance to rebuild the USA despite the quarantine imposed by other nations.

Community members like old Tom Barnard prefer to continue their normal life but young people like Hank Fletcher and especially his friend Steve Nicolin are very interested. The idea of ​​returning to what for them is a golden age is irresistible to many young people.