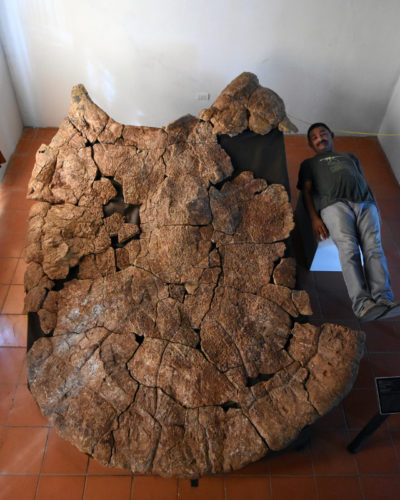 An article published in the journal “Science Advances” reports a study on Stupendemys geographicus, a giant turtle that lived in today’s South America between 5 and 10 million years ago, in the Miocene period. A team of researchers led by Dr. Marcelo Sánchez of the University of Zurich studied a number of well-preserved carapaces of this animal that provided much more information than the fossils previously available, such as the fact that the males had horns. It was one of the largest turtles ever lived with a carapace that could be up to almost 3 meters long, lived in the areas around fresh water and was probably prey to the gigantic alligators of the genus Purussaurus. 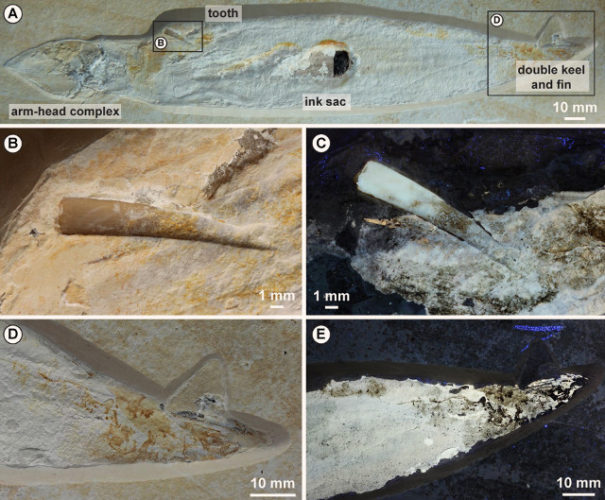 An article published in the journal “Scientific Reports” presents a study that brings evidence that some pterosaurs ate cephalopods. A team of researchers led by paleontologist René Hoffmann of the University of Ruhr in Bochum (Ruhr-Universität Bochum, RUB) examined fossils of a squid-like animal of the species Plesioteuthis subovata that lived about 150 million years ago, in the Jurassic period, preserved with a tooth of a pterosaur of the species Rhamphorhynchus muensteri. This discovery provides information on this pterosaur’s eating habits and the fact that that cephalopod lived near the surface of the water.

An article published in the journal “Scientific Reports” describes the identification of a new species of marine reptile classified as part of the thalassosaur order that lived in today’s Alaska over 200 million years ago, in the Norian, an age of the Triassic period. A team of researchers led by Patrick Druckenmiller of the University of Alaska Fairbanks (UAF) named it Gunakadeit joseeae after examining the fossil discovered in Alaska in 2011. The discovery of a new species offers new information on a group of reptiles that are available. few fossils for a family tree still under discussion. 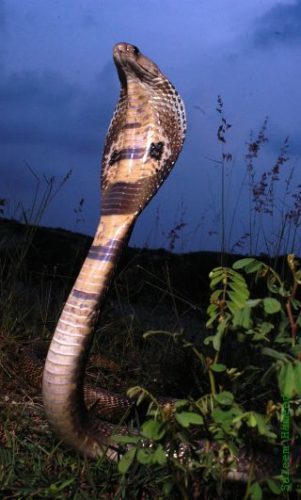 An article published in the journal “Nature Genetics” reports the DNA sequencing of the spectacled cobra, one of the so-called “Big Four”, the four most venomous and dangerous snakes in India. A team of researchers employed a number of genetic techniques that led to the identification of 23,248 genes that encode proteins, including 12,346 genes that regulate its venom glands. The knowledge of this snake’s genome will help develop better antidotes for its deadly venom and the proteins contained in that venom could also be useful for developing various types of drugs. An article published in the journal “Scientific Reports” describes the identification of a new species of pterosaur that was named Mimodactylus libanensis that lived about 95 million years ago, in the Late Cretaceous period, in today’s Lebanon. A team of researchers studied a nearly complete specimen from the Hjoûla site concluding that it had significant differences compared to other pterosaurs that lived in the current Afro-Arab area and had a closer relationship with the species Haopterus gracilis, which lived in today’s China. For this reason the researchers also created a new taxonomic group that includes those genera that was named Istiodactylifomes.