A team of astronomers from the Dutch University of Leiden and the British one of Durham created a simulation of the universe called EAGLE (Evolution and Assembly of Galaxies and their Environments). This project is run by the Virgo Consortium which has exactly the aim to produce cosmological simulations using supercomputers. The result, published in the January 2015 edition of the journal “Monthly Notices from the Royal Astronomical Society”, reproduces faithfully the evolution of the galaxies from a very uniform starting point. 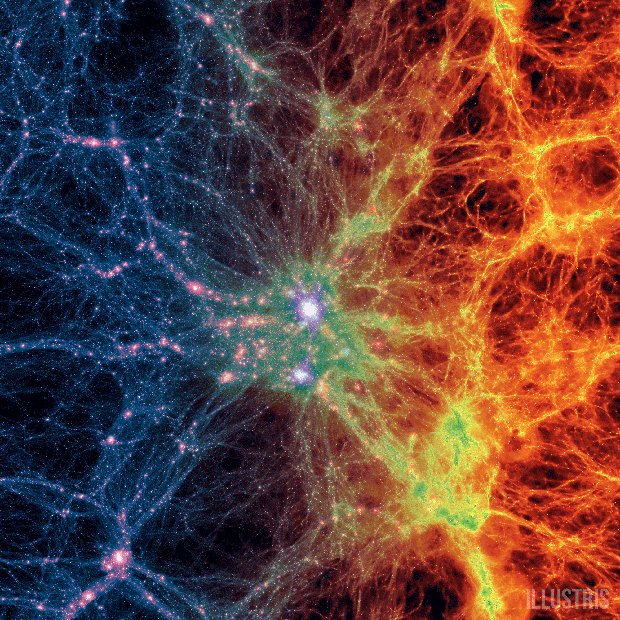 A group of researchers coordinated by MIT (Massachusetts Institute of Technology) published in the journal “Nature” the results of the most sophisticated simulation of the universe ever produced. It’s Illustris, a project that led to the creation of a model to faithfully reproduce the evolution of the universe from 12 million years after the Big Bang to the present day.

Between June 2010 and November 2011, the Mars500 mission simulated a journey to Mars, a brief exploration of the red planet and the return to Earth. This experiment was carried out by Moscow’s Institute of Biomedical Problems (IBMP) in collaboration with ESA (European Space Agency). It’s an international collaboration and now some results of the analysis of the virtual astronauts’ health have been published by the American National Academy of Sciences. Today after 520 days the Mars500 mission that brought a group of virtual astronauts to Mars and back ended with their exit from their starship. A ceremony celebrated the end of the experiment. Actually the whole journey took place in Moscow in a reproduction of the starship and Mars environment.

The Mars500 expedition organized by the Institute of Biomedical Problems (IBMP) in collaboration with ESA (European Space Agency) had virtually reached Mars a few days ago and it was time to simulate the descent to Mars and to explore the area near the lander.