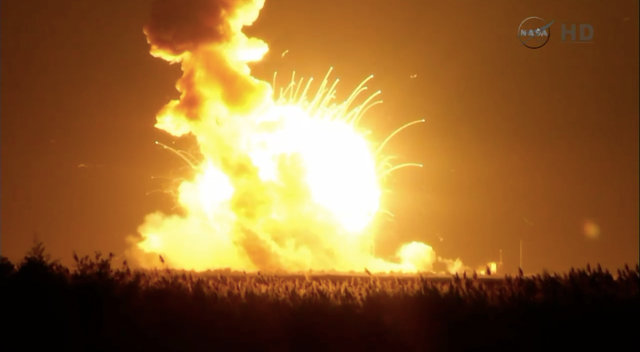 It was late afternoon in the USA when the Orbital Sciences Corporation’s Cygnus spacecraft blasted off on an Antares rocket but a few seconds later an explosion caused their destruction. The disaster occurred at the Mid-Atlantic Regional Spaceport (MARS), part of the Wallops Flight Facility (WFF) NASA’s Wallops Island, Virginia. There are no injuries but damage to the launch pad was reported.

This was supposed to be the third official mission, called Orbital-3, Orbital CRS-3 (Commercial Resupply Service 3) or just Orb-3, of supply transport to the International Space Station for NASA. The security measures were started immediately after the explosion to begin the collection of the debris scattered in the area. A few hours ago the SpaceX Dragon spacecraft ended its CRS-4 (Cargo Resupply Service 4) mission for NASA splashing down without problems in the Pacific Ocean about 500 km (about 300 miles) off the coast of California. The Dragon left the International Space Station yesterday morning, American time.

Shortly after splashing down, the Dragon was recovered from the SpaceX boats that will transport it to the coast. The cargo brought back to Earth will be delivered to NASA in the coming hours. The Dragon spacecraft had reached the International Space Station on September 23, 2014. 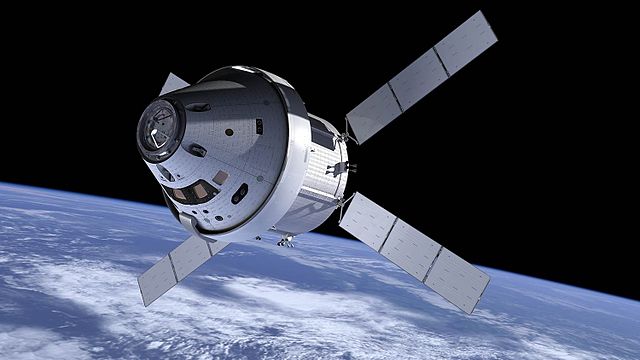 NASA has invited people from all over the world to participate in an initiative to send your name to Mars. Simply register some personal data at the page prepared by the agency on its site to get a virtual boarding pass. All names will be recorded on a microchip that will be carried for a first trip in the flight test of the Orion spacecraft. It will then be transported in NASA missions to Mars as well.

Elon Musk has already spoken several times of his plans to create a colony on Mars, even in recent months. A few days ago, an interview was published on Aeon Magazine where he spoke with Ross Andersen. The man who inspired Iron Man showed a really long-term plan arguing that we need to send a million people to the red planet to ensure a future for humanity.