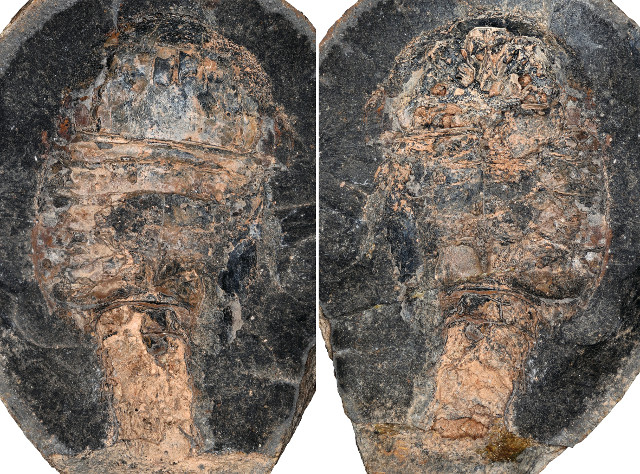 An article published in the journal “Current Biology” reports a study on an almost complete fossil of Adelophthalmus pyrrhae, a species that lived about 340 million years ago, in the Carboniferous period, in today’s France. This species belongs to the eurypterid group, the arthropods commonly known as sea scorpions. A team of researchers led by Professor James Lamsdell of West Virginia University subjected it to a CT-scan that allowed them to create a 3D reconstruction. This made it possible to carry out a detailed examination that brought to light some anatomical characteristics of its respiratory system that indicate that it could breathe air. These conclusions suggest that the ancestors of the arachnids, related to the eurypterids, were also semi-terrestrial in the Cambrian and Ordovician periods.