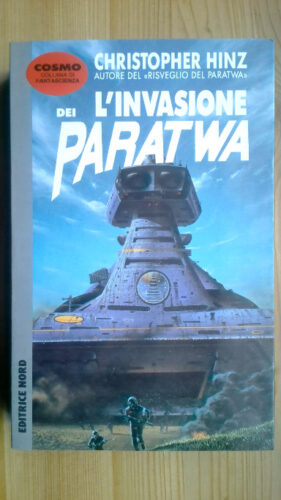 The novel “The Paratwa” by Christopher Hinz was published for the first time in 1991. It’s the third book of the Paratwa series and follows “Ash Ock”.

On the colonies orbiting the Earth, already struck by the attacks of the Paratwa, the magnitude of the threat by those enemies that seemed eliminated becomes increasingly clear. The technologies available to the Paratwa seem so superior that they leave no hope.

Gillian continues to be upset by his inner conflict and arrives on Earth hoping to find some answers after receiving a message that only he can understand. When he meets Susan, he recognizes her because her disappearance is a high-profile case, but who is the mysterious man with her?