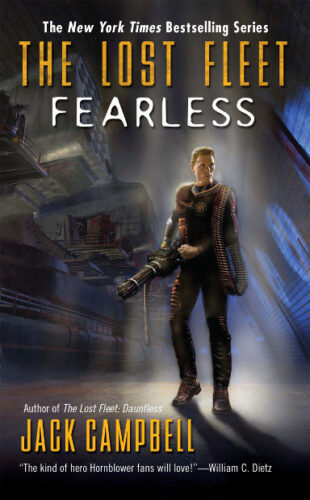 Captain John Geary is looking for the right course to bring home the Alliance fleet he found himself commanding due to a number of circumstances. A pause in a seemingly unimportant system leads to a battle against small enemy forces and above all leads to the discovery of a prison camp.

The rescue of the prisoners of war is a success but creates an unexpected problem with the discovery that the ex-prisoner of the highest rank is the legendary Captain Francesco Falco, aka Fighting Falco. Convinced that he has the seniority necessary to take command of the fleet, when he realizes that he can’t compete with John Geary, Falco tries to influence him by proposing a much more aggressive strategy. Can the fleet work with two legends who have extremely different ideas about how to run it?