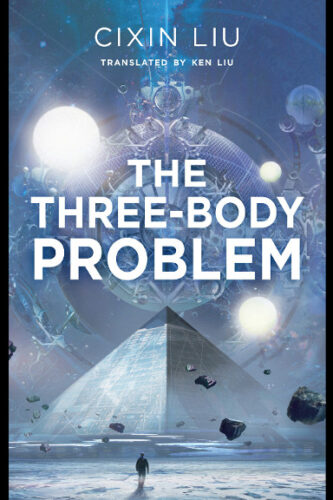 The novel “The Three-Body Problem” by Liu Cixin was first published in 2006 serialized in the Chinese magazine Science Fiction World and in 2008 as a book. It was translated into English by Ken Liu. It’s the first book of the trilogy known as The Three-Body Problem or Remembrance of Earth’s Past. It won the Hugo and Kurd-Laßwitz-Preis Awards as the best science fiction novel of the year.

During the Cultural Revolution, Ye Wenjie is forced to watch a struggle session during which her father is accused of counterrevolutionary activity for teaching the theory of relativity during his work as a teacher. When the man refuses to accuse himself and rebuts, the indoctrinated young Communists beat him to death. Ye Wenjie is branded a traitor for refusing to accuse her father and she ends up in a labor camp. However, thanks to her skills in astrophysics, she’s sent to work for the top-secret Red Coast project.

Wang Miao is a nanotechnology researcher who ends up involved in investigating the strange deaths of various scientists. He has to work together with Shi Qiang, a policeman of decidedly unorthodox methods who hasn’t ended up in disgrace only because he’s extremely skilled in his job. Wang Miao discovers the existence of Three Body, a virtual reality game whose goal is the survival of people who live in a world where environmental conditions change radically between what are called Stable Ages and what are called Chaotic Ages.