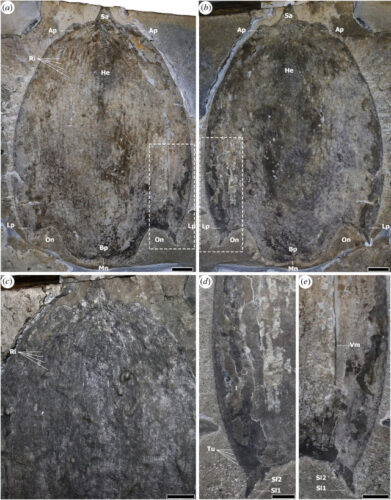 An article published in the journal “Royal Society Open Science” reports the identification of a new species of radiodont that was named Titanokorys gainesi dating back to about half a billion years ago thanks to fossils discovered in the famous Burgess Shale. A team of researchers examined what is the largest radiodont of the Hurdiidae family discovered so far and in particular the large carapace that covered its head, which is very long compared to its body. Such an animal must have been of considerable importance in its ecosystem, like other predatory radiodonts of the Cambrian period. Its discovery helps to understand the diversification of these arthropods and in particular of the ones of the Hurdiidae family, which had a great variability in the characteristics and in particular of the carapace.