The Bat1K consortium includes scientists who are working on the sequencing of the genomes of all the 1421 bat species that exist today. With the collaboration of people from all over the world, these scientists intend to discover the genetic secrets of the various peculiarities of bats. Formally called Chiroptera, they are the second group of mammals in the number of species after rodents and are spread all over the world. Their very light skeletons don’t fossilize well, so their origin is still uncertain. They probably emerged after the great extinction of the end of the Cretaceous period, which caused the extinction of dinosaurs, including winged ones, and many early birds.

Among the peculiarities of bats, there’s a remarkable resistance to viruses, including various coronaviruses. The SARS-CoV-2 coronavirus could have passed from bats to humans. For this reason, interest in bats has recently increased.

This study offers the results of an unprecedented sequencing of the DNA of six bat species: Rhinolophus ferrumequinum (photo ©Marie Jullion), Rousettus aegyptiacus (photo ©Lietuvos zoologijos sodas), Phyllostomus discolor, Myotis myotis, Pipistrellus kuhlii and Molossus molossus. Eugene Myers of the Max Planck Institute of Molecular Cell Biology and Genetics in Dresden, Germany, explained that the use of the latest DNA sequencing technologies and new calculation methods made it possible to obtain 96-99% of each genome at the chromosome level.

The researchers compared the DNA of the bats analyzed with that of 42 other mammals to better understand their relationships. The result is that the closest relatives of bats are those of the Fereuungulata or Ferungulata group, which actually isn’t officially recognized but also includes dogs, cats, ungulates, and many others.

The genetic analysis made it possible to identify groups of genes that gave rise to bats’ peculiar characteristics. The echolocation, which allows bats to move even in the dark, and the resistance to viruses, determined by a series of genes. An interesting discovery was that of traces of past viral infections that determined the selection of certain genetic characteristics.

This study is important but represents only one phase of the research on bats. Future studies will bring the DNA sequencing of other bat species and follow-up studies of their peculiarities to better understand what were called their superpowers. 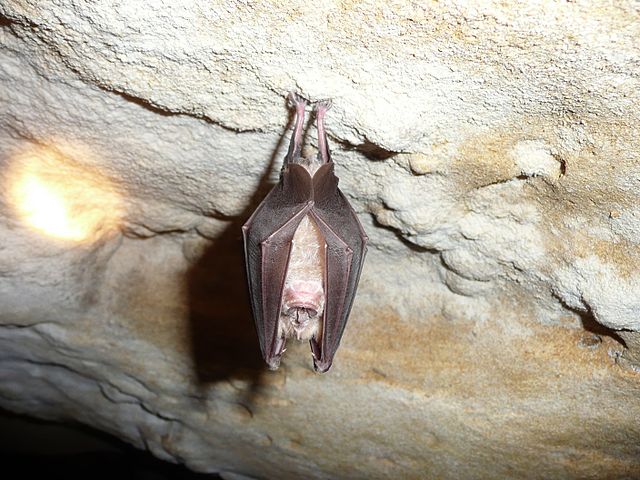 Previous Post: The Darkest of Nights aka Survival Margin aka The Big Death by Charles Eric Maine
Next Post: Lusovenator santosi was a predatory allosaurus that lived in the Jurassic