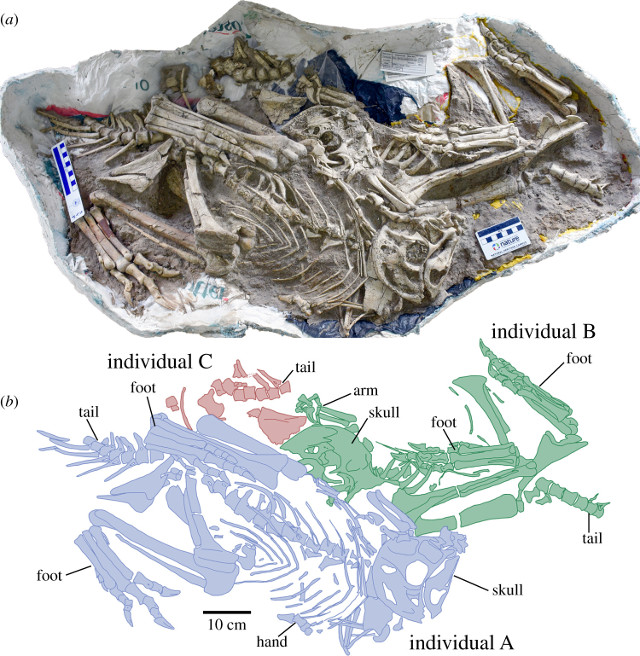 For decades, China and Mongolia have been offering fossils of many species of feathered dinosaurs. The large group of oviraptorosaurs (Oviraptorosauria), which also includes the oviraptorid family, includes a considerable amount of species divided into various groups which, as happens in the field of paleontology, are modified over time.

A typical feature of oviraptorosaurs is a skull with characteristics similar to that of parrots although their relationship is among the objects of discussion in the sense that there are scientists who believe that oviraptorosaurs were full-fledged birds while others continue to believe them to be bird-like dinosaurs.

Unfortunately, sometimes, the paleontologists’ task is made more complicated by the fact that some fossils can pass through channels that are not exactly official in violation of various laws. Examining the environment in which a fossil was found is important in its study, but when a fossil is excavated by people linked to smuggling there’s always a risk that vital information will be lost. In this case, some specimens of the species that was named Oksoko avarsan were made available for this study after they had been seized by the Mongolian authorities.

Some specimens identified as Oksoko avarsan are nearly complete, a great aid in their study in a field where researchers often have to settle for a few bones. The top image (Courtesy Funston et al, all rights reserved) shows the block that contained various specimens, indicated in the drawing in different colors. Together with other specimens, these fossils made it possible to study this dinosaur in detail. The bottom image (Courtesy Michael Skrepnick. All rights reserved) shows an artistic reconstruction of this species’ look.

A characteristic of Oksoko avarsan was the loss of a finger. The researchers studied this type of anatomical change in oviraptorosaurs because, along with other changes in their arms, it occurred during migrations. The change of environment also involves a change in eating habits, and that typically leads to the selection of different physical characteristics.

Another characteristic of Oksoko avarsan is sociality, at least in juveniles. The juveniles discovered together, fossilized in the same block of rock, were resting in a common nest when they died.

Such complete oviraptosaur fossils can provide interesting information on the diversification of these animals that became extinct along with other dinosaurs at the end of the Cretaceous period. They could also add useful information to studies of their relationship to birds, a subject on which discussions are likely to continue for a long time. 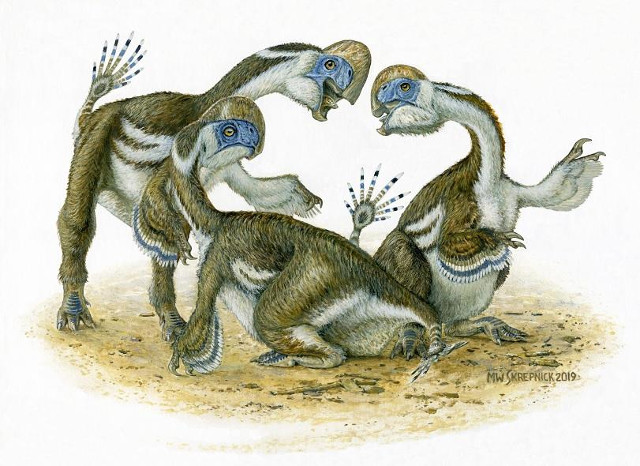