The novel “Time and Again”, also published as “First He Died”, and in a slightly different version as “Time Quarry”, by Clifford D. Simak was published for the first time in 1951.

Asher Sutton is the only human who managed to penetrate 61 Cygni’s system with his spaceship. However, he was believed dead after he crashed on that system’s seventh planet, at least until he returns to Earth after twenty years in the same spaceship, which in theory should no longer be able to travel or have the life support systems necessary for a human being’s journey.

Asher Sutton’s return to Earth is accompanied by threats to his life, some explicit such as a duel challenge, others more subtle. He ends up in the center of a clash between factions over a book he has yet to write but will greatly affect the future with conflicting interpretations. To get over the situation, he has to travel through time.

“Unification III” is the 7th episode of the 3rd season of the TV show “Star Trek: Discovery” and follows “Scavengers”.

The discoveries on the Burn obtained thanks to the information gathered by Michael Burnham (Sonequa Martin-Green) offer some more information on its origin. However, to make a real leap forward in the research into its causes, it’s necessary to obtain the data jealously guarded on the planet Ni’Var, formerly known as Vulcan. Ensign Sylvia Tilly (Mary Wiseman) has a tough decision to make. 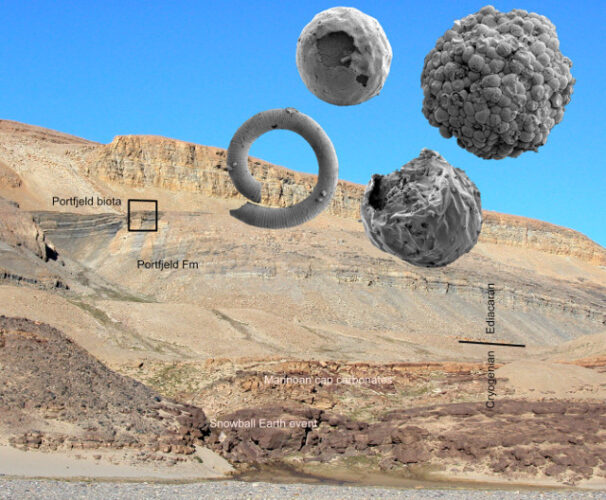 An article published in the journal “Communications Biology” reports a study on microfossils with an age of up to 570 million years discovered in present-day Greenland. A team of researchers led by paleontologist Sebastian Willman of the University of Uppsala, Sweden, examined these microfossils, which have characteristics that suggest they may be animal eggs and embryos. They show similarities with other microfossils discovered in the Doushantuo Formation, in China, with an age close to 600 million years. This means that they were organisms that in such an ancient era were widespread all over the world and could be the remains of the first animals. The novel “The Brains of Earth”, also published as “Nopalgarth”, by Jack Vance was published for the first time in 1966.

Paul Burke’s life changes when he receives an envelope containing a metal disk that floats in the air. When he receives a phone call from the sender, he ends up involved in an interstellar affair with an encounter with an alien named Pttdu Apiptix. L’alieno transports him to the planet Ixax to obtain his help to end a war that devastated his planet for a century.

Pttdu Apiptix explains to Paul Burke that the terrible war ravaged Ixax after the discovery that the inhabitants were infested with psychic parasites they called Nopals and that they also infest humans. To detach the Nopals from someone it’s necessary to use a machine that causes excruciating pain and the treatment must be repeated every month to prevent the parasite from re-attaching. Burke must find a way to subject humans to the same treatment or they will be exterminated.

“Scavengers” is the 6th episode of the 3rd season of the TV show “Star Trek: Discovery” and follows “Die Trying”.

The USS Discovery has been updated with new systems that take advantage of the technologies available in the 32nd century, and the crew is ready to leave for a new mission at any moment. Book’s (David Ajala) starship arrives, but only Grudge is on board, along with a message regarding the discovery of information about the Burn. Despite the orders, Michael Burnham (Sonequa Martin-Green) decides to go investigate, and Philippa Georgiou (Michelle Yeoh) goes with her.