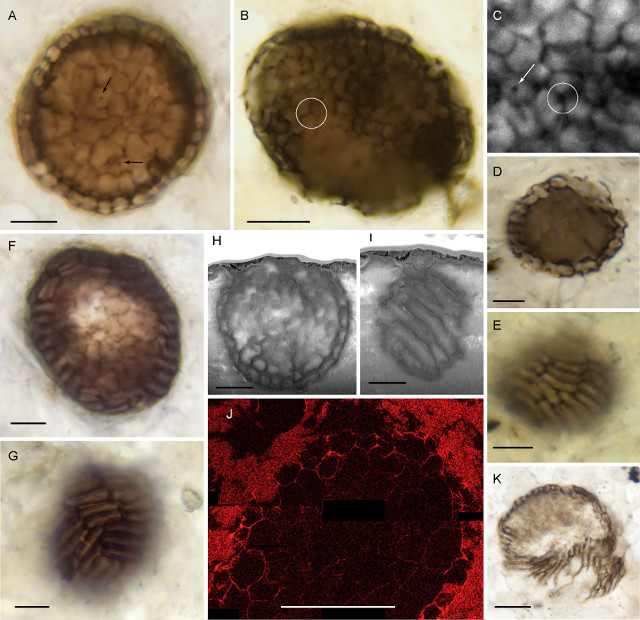 An article published in the journal “Current Biology” reports the discovery of an organism dating back to about a billion years ago that lived in present-day Scotland and showed a cell differentiation typical of multicellular organisms. A team of researchers discovered microfossils in the Diagbaig Formation and named this species Bicellum brasieri. The examination led to the conclusion that it could be an organism of the Holozoa group, which includes animals and their closest single-celled relatives. If confirmed, this is the discovery of the oldest known multicellular organism, perhaps even the oldest that ever existed, and could be a new link in the evolutionary history that led to the emergence of animals.

Reconstructing a pivotal event in the history of life on Earth such as the emergence of multicellular organisms is difficult due to the scarcity of fossils showing the evolution from single-celled organisms. For this reason, the fossils attributed to the Holozoa group discovered in the Diagbaig Formation in the Scottish Highlands constitute an exceptional discovery.

The sediments in the Diagbaig Formation were already known for the presence of fossils of microorganisms in an excellent state of conservation which also shows their 3D structures. This made it possible to study the characteristics of the spherical cells of the species that was named Bicellum brasieri (Image courtesy Strother et al., All rights reserved) and to establish that there are groups of cells composed of aggregations of two distinct types of cells. This indicates a condition that represents a step towards multicellularity, a type of organism that was never discovered until now.

Due to these characteristics, Bicellum brasieri was attributed to the Holozoa group but in a generic way, since it’s impossible to reconstruct its relationships with subsequent unicellular and multicellular organisms. In fact, the researchers placed it among the protists, a heterogeneous group among the Holozoa. Similarities were found with organisms of the Ichthyosporea group, also known as Mesomycetozoea, unicellular eukaryotes related to animals.

The discovery of Bicellum brasieri suggests that multicellular organisms emerged in freshwater, as geological analyzes of the area indicate that there was a lake in that area a billion years ago. For this reason, researchers expect to find fossils of organisms such as algae but Bicellum brasieri showed characteristics more similar to those of animals’ single-celled relatives.

The researchers intend to continue studying Bicellum brasieri to better understand its life cycles and compare it with modern eukaryotes. These are studies that aim to reconstruct the steps that led to the emergence of the multicellular organisms from which animals descend.