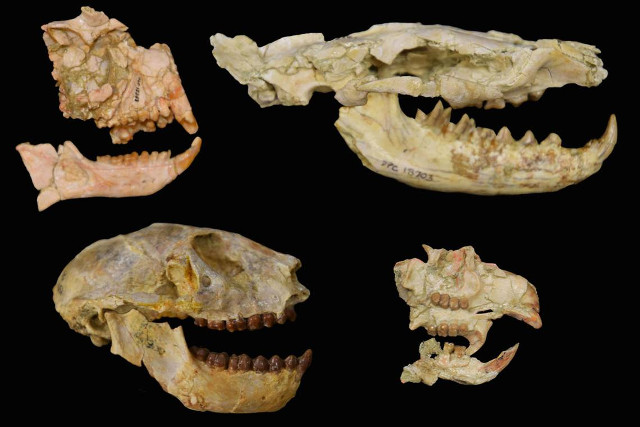 An article published in the journal “Communications Biology” reports a study on a hitherto unknown mass extinction of mammals that occurred in Africa and the Arabian Peninsula between the end of the Eocene period and the beginning of the Oligocene period. A team of researchers led by Dorien de Vries of the University of Salford mainly used the Duke University fossil collection to establish that an extinction affecting Europe and Asia after climate change that led to significant cooling had also affected warmer areas. Some important geological events contributed to the decline of mammals in those areas.

A cooling that occurred during the Eocene period and continued at the beginning of the Oligocene period, nearly 34 million years ago, led to profound changes in flora and fauna that included an extinction of many mammal species in Europe and Asia. The situation in warmer areas such as Africa and the Arabian Peninsula was considered to be different because the climatic conditions were still quite favorable but now new research led to different conclusions.

Elwyn Simons was a paleontologist who spent decades searching for fossils in various parts of the world including Egypt. Today, there’s a collection of those fossils at the Duke Lemur Center Division of Fossil Primates (DLCDFP), and it was instrumental in allowing Dorien de Vries’s team to estimate the changes that occurred in African fauna between the late Eocene and early Oligocene. The photo (Courtesy Matt Borths. All rights reserved) shows some fossils from that era discovered in Egypt.

Various groups of mammals have been examined, and fossil history indicates that all of them suffered severe losses at the Eocene-Oligocene boundary. After a few million years, these groups recovered but the species present later in the Oligocene aren’t the ones that were found before the extinction. In essence, the mammals that survived had to adapt to new conditions evolving into new species.

The teeth also show the remarkable change that took place at that time. The molars in particular show the diet of an animal, and this offers a lot of information about the environment in which that animal lives. The rodents and primates that appeared during the Oligocene period have very different teeth from those of the species existing in the Eocene indicating that they had a different diet and lived in different environments.

According to the researchers, that mass extinction affected those areas due to geological events. East Africa was hit by truly exceptional volcanic activity and in the same period, the Arabian Peninsula broke away from Africa, opening up the Red Sea.

This reconstruction is important also because it concerns primates. Those events greatly influenced the evolution of this group of mammals which includes the ancestors of humans. Events that began over 30 million years ago were crucial in the selection of the species from which, after a long time, Homo sapiens and the hominins with which it interbred to give life to today’s humans were born.